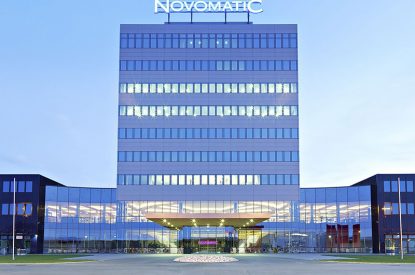 Europe’s largest integrated gaming group, Novomatic AG, was able to increase its turnover for the business year 2013 by 9.6 per cent to a historic maximum value of €1.684bn. According to the Annual Report that was officially published on the ÖKB website, the group has increased its workforce by 15.6 per cent, employing an average of 16,022 staff throughout the past year – and thus meaning that 2,200 new jobs were created in 2013. The EBITDA (earnings before interest, taxes, depreciation and amortisation) amounted to €480.2m (2012: €523.8m).

In order to secure a sustained and stable market position in core markets such as Italy and Germany financial provisions were made throughout 2013, in order to be forearmed for the future years. Derogations in earnings can be accounted to a failed financial investment in a local supplies discounter, currency depreciations – especially in Latin America – as well as the devaluation of capital assets. The annual net income in an economically still challenging climate reached the considerable sum of 55.1 million Euros (2012: €192.8m).

Novomatic CEO Dr Franz Wohlfahrt commented: “Our dual business strategy has once again proved to be a formula for success. It secures the sustained viability of our group headquarters and technology competency hub in Austria. Additionally, we have shown that the long-term protection of jobs remains more important to us than the maximisation of profits.”

Also the accumulated, non-consolidated turnover of the Novomatic Group, consisting of the Novomatic AG as well as the two Swiss sister companies ACE Casino Holding AG and Gryphon Invest AG, rose to a new record level of €3.527bn (2012: €3.228bn). The Novomatic Group employs more than 20,000 staff worldwide, with 3,000 located in Austria.