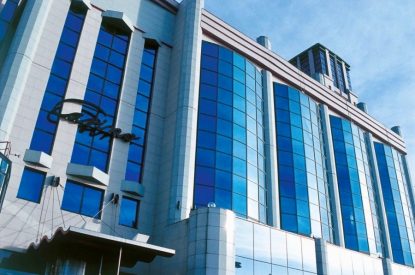 Kindred Group has completed the previously announced acquisition of 100 per cent of the shares in Blankenberge Casino-Kursaal (Blancas) NV, which operates Casino Blankeberge in Belgium, from the Rank Group, on April 1.

Kindred Group entered into an agreement on October 29 2020 to buy all the shares in Blancas NV from The Rank Group. Blancas NV is the license holder and operator of Casino Blankenberge, which is one of the nine land-based casinos operating in Belgium. Blancas NV recently successfully renewed its casino licences with the Belgian Gaming Commission as well as the concession agreement with the city of Blankenberge for a 15-year period which started in January 2021.

Kindred said: “The acquisition will solidify Kindred’s long-term operations and commitments in Belgium and will allow it to continue to offer an attractive offering to Belgian customers. Blancas NV will be operated as a separate entity within the Kindred Group under the leadership of the current management team led by Dominique De Wilde.”

The total acquisition price was £25m on a cash free and debt free basis and has been settled in cash.

Kindred has had a long-term commercial partnership with Blancas NV, which dates back to 2012, concerning their ‘A+ licence’ that allows Kindred to offer online casino, live casino and poker to Belgian customers under the Unibet brand. In accordance with the Belgian legal framework, an ‘A+ license’ is required for online casino operations and the licence can only be awarded to licensed land-based casino operators.