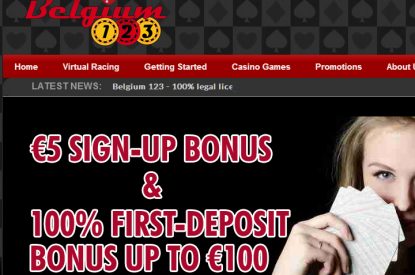 Players of the Antwerp-based operator’s new site www.belgium123.be will now have the opportunity to watch scheduled action unfold via live video streaming.

Steven Spartinos, co-CEO of Kiron, said he was delighted to sign a multi-year licensing deal in a vibrant, emerging market at such a crucial time.

He added: “Kicking things off during the World Cup with an established operator is great news and we’re confident both Chip Amusement and its customers will enjoy our content. Having complementary products like virtual sports available during a spike in activity will offer both choice and improved performance when they need it most.”

Belgian players will benefit from a recent upgrade to Kiron’s virtual games that includes better graphics and a popular new trotting product.

He added: “Players will identify with this action due to the fact horseracing has been a popular choice with players in Chip’s arcade over the past 26 years. Indeed, Kiron’s games are a great extension to our land-based offering and will allow Belgian customers to enjoy a similar experience now replicated on www.belgium123.be.”