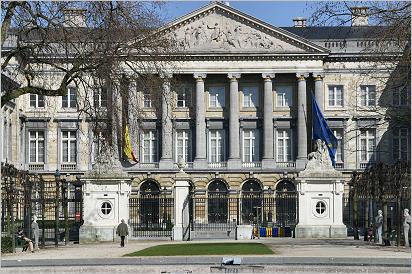 Belgian regulators want further restrictions on the nation’s online gambling industry. Having been very aggressive about blacklisting sites (with nearly 100 sites now blocked) that they do not approve of, forcing Internet Service Providers to block access to them and preventing them from operating in the country, regulators are currently pushing for further measures to clamp down on Internet gaming.

The Belgian Gaming Commission (BGC) reports that nearly three times as many players in the country participated in online gambling when compared to those who used land-based gambling venues within the country. In the Commission’s opinion, Internet gambling can’t be considered “as a normal economic activity,” and as such, “the heavy use of such sites is concerning.”

One of the major concerns expressed by the BGC is the lack of player identification software. The Commission points out that this is important for Belgium, as a law that does not allow individuals involved in a collective debt procedure to participate in gambling activity could be undermined if players can get around identification at online sites. As such, they’ve recommended using national registration numbers to offer improved control over account identification, and have proposed legislation that would put this into effect.

The BGC has also recommended cracking down on social gaming. The Commission has argued that these games can steer players towards real money games, making them dangerous for minors. But while there may be a link between social and real money gaming, the Belgian government hasn’t shown much of an interest in regulating such games so far.

The Commission has further proposed prosecuting individual Belgians who are gambling outside of the regulated Belgian sites and have asked the government for a larger budget and more personnel to help enforce current and future laws. This would be on top of a recent doubling of the number of inspectors on the BGC staff, as well as earlier threats to go after players who gamble on blacklisted sites.