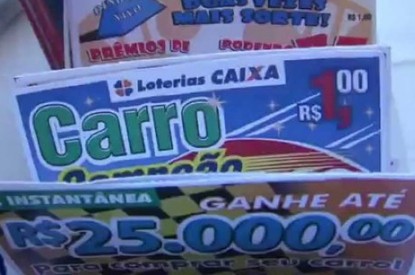 The Brazilian government has decided to relax the rules of the licensing process for the instant lottery Lotex.

New regulations were published in the Official Gazette in a resolution by the Investment Partnership Program (PPI) which modifies two central points of the bidding document: namely the payment of the concession amount and the experience that will be required for the future operator.

The payment of the licence fee can now be made in up to eight instalments. In the original model, the minimum amount, which remains at R $ 542.1m, had to be paid in a single instalment. The PPI resolution also states that auction candidates must demonstrate experience in the operation of instant lotteries or online gaming business, which generated at least R$560 million in twelve months, less than half of the amount previously required, when it stood at R$1.2bn.
The government has been trying to grant the private sector the right to run Lotex, but all attempts have failed due to lack of interest from potential stakeholders. After the successive presentations of Lotex to international investors (during road shows in cities such as London and Las Vegas), the government made the first auction attempt in July last year but had to postpone it because of low interest.

The Brazilian Development Bank (BNDES) a federal public company associated with the Ministry of Development, Industry, and Trade and the main financing agent for development in Brazil has been overseeing the privatisation of CAIXA’s instant lottery arm. It has postponed the lottery auction at least five times since last year in order to attract offers.
Last month, the government launched a new raft of privatization projects. The Minister of the Economy, Paulo Guedes, announced a list of 17 state-owned companies that will be privatized. Eight including Lotex were already part of the privatization program and nine more have now been added. Salim Mattar, the Secretary of State specializing in the Privatization, Divestment, and Markets Division, and who is overseeing the sell off package, said that the minimum price of Lotex was too high. This he said explained the failure of the auctions so far. However the current resolution does not lower the minimum licence fee.