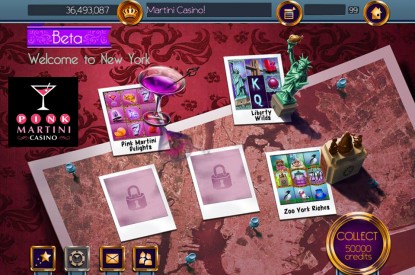 The Quebec-based project targets women, a demographic that represents 60 per cent of the social casino market.

Black Tie Ventures expects its project to generate over $150m overthe next three years, as social casino games have become a $2.7bn worldwide industry due to growth on Facebook and mobile.

David Weiser, the cofounder of Black Tie Ventures, said: “This is by far the largest independent gaming project investment in Quebec City. Thanks to the support of a few visionary angel investors who embarked upon this adventure with us, we were able to deliver a prototype that exceeded our expectations on Facebook. We’re now looking forward to our official launch, which will be creatively rewarding for our collaborators and financially rewarding for our investors thanks to the multiple revenue streams that have been seamlessly incorporated into our product.”

“Social casino games make up 50 percent of the top 20 grossing apps on Facebook and the iOS platforms,” Mr. Weiser added. “The industry is set to generate $2.7bn in revenues this year and is estimated to grow to $4.2bn by 2016. Our prototype has already demonstrated the ability to track at par with industry metrics. We are convinced that our unique approach to in-game progression and rewards will offer our players one of the top social casino experiences out there.”