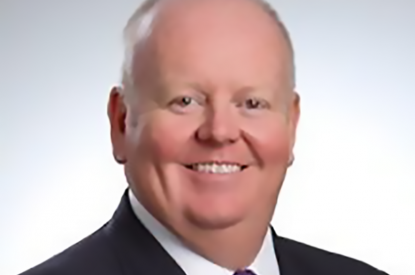 Paul Burns CEO and President of the Canadian Gaming Association spoke exclusively to G3 about the need for change in Canada’s sports betting industry.

The Canadian Gaming Association (CGA) welcomed the decision in May 2018 by the United States Supreme Court to strike down a federal law that barred gambling on sports betting. While this was encouraging news for U.S. operators, it further reinforced the need for the Canadian Parliament to act.

Compare that with the amount spent on parlay wagers (a bet on the outcome of two or more games). Parlay is the sport lottery product offered by provincial lottery corporations and Canadians wager approximately $500m a year this way, which means that many people are primarily betting through illegal and often dangerous means.

The CGA has repeatedly called on the federal government to make the simple amendment to the Canadian Criminal Code to permit single-event sports wagering. This would provide provinces with the necessary tools to deliver a safe and legal option to Canadians as well as the power to address important issues such as consumer and athlete protection, while enabling the economic benefits to flow to licensed gaming operators, communities and provincial governments.

In October 2018 the NHL announced its decision to establish a partnership with the gaming industry in the United States in order to bring an exciting new level of engagement for NHL fans both in arenas and casino sports books across America.

This partnership has caused the NHL to publicly reverse its previous opposition to changing Canadian law to permit single-event wagering. Deputy Commissioner Daly stated: “We would not oppose changes.” and added “We think it makes sense to put clubs on a level playing surface.”

The CGA continues to aggressively push for changes to sports wagering laws in Canada, as we led the campaign on the previous two attempts through private members’ bills (C-290 and C-221) to eliminate the Criminal Code prohibition against single-event sport wagering. Canadians are without question the world’s most passionate hockey fans and want new ways to engage with their favourite sport, and we hope we can make single-event sports wagering a reality for Canadian fans.

Canadians have access to different products depending on the province in which they live. All provinces except Saskatchewan and Alberta currently offer online gaming, although Alberta just issued an RFP to identify a provider for an online platform to allow Albertans to have a provincially regulated option.
Despite the grey area that exists in online gaming, the Canadian gaming industry remains strong and robust. Results from the most recent (2017) Economic Benefits Study show that:
Industry revenues were just over $17bn in 2017, which includes non-gaming revenue just over $1bn annually.
Direct purchase of goods and services amounted to over $4bn to support operations.
We spent $2.6bn in labour income. The national average annual wage is $50,000.
The industry annually shares more than $7.8bn with provinces, municipalities and First Nations and $932m with charities across the country.

The CGA is aware of the need to encourage the innovation of our industry’s products, spaces, and technology which is now dictating the reinvention and repurposing of traditional games, facilities and channels to meet the expectations of the ever-growing online community that represents the next generation of gamers.

“You can be certain that the CGA will continue to advocate for change to enable the Canadian gaming industry to meet consumer demand.”