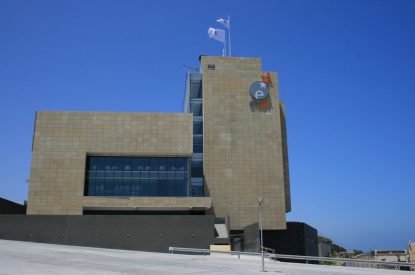 The casinos located on Chile’s coast have been reopened after being temporarily closed after an earthquake hit Chile.

According to the Chilean Gaming Board (SJC) 16 of the casinos, which come under the supervision of the gaming board, are now up and running after an earthquake struck in the north of Chile leaving six people dead. The earthquake which had a magnitude of 8.2 struck at 20:46 local time in the Tarapaca region and led to the subsequent evacuation of around 900,000 people in cities along the coast. After the quake President Michelle Bachelet declared three areas in northern Chile as disaster areas and a tsunami alert was triggered.

The casinos of Enjoy in Antofagasta, Casino de Juegos del Pacífico in San Antonio, Marina del Sol in Talcahuano and the Dreams casino in Punta Arenas, all had to evacuate customers and members of staff when the earthquake struck. Fortunately none reported any injuries or any damages to infrastructure. All of the casinos reopened for normal business hours on Wednesday.

This is not the first time that the industry has been affected by an earthquake. In

2010 Chile was hit by a powerful 8.8 magnitude quake that struck near Concepcion leaving an estimated 500 people dead. The earthquake triggered a tsunami which devastated several coastal towns and forced the temporarily closure of eight casinos. The Sun International Monticello casino, the largest casino in Chile had to invest US$10m in repairing the damage done to the property.