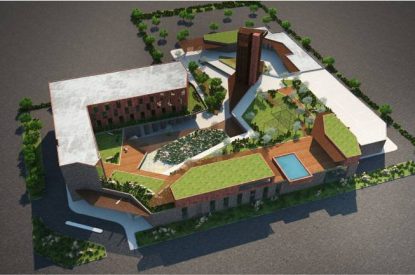 The first round in the battle to land the Ovalle casino licence in the Coquimbo Region of Chile, some 500 km north of the capital, Santiago, has gone to Peralada and Boldt Group SpA-Chile.

Having viewed all three applications the City Council opted to award the Spanish/Argentina partnership 150 points in a licensing process that will award 2,000 points in total.

The plans from the three applicants will now go before the Superintendence of Casinos and Games, Sernatur, the Ministry of Interior and the Regional Government.

Ovalle Casino Resorts is going head to head with two competitors with Dreams looking to develop in  ​​Los Peñones and the Likanantay project set for the heart of the city.

The City Council’s decision to announce Peralada and Boldt as its preferred bidder for the Ovalle licence seems to be based mainly on the location of the proposal. The US$29.1m project would be located at the northern exit of Ovalle at the beginning of Route D43, where it would house 230 slots, 13 table games and 60 bingo positions. It would also boast a four star hotel with 78 rooms, restaurant, bar, cafe, spa, gym, pool, ballroom, nightclub, convention center, business center, fitness center, amphitheatre, shops, exhibition hall, museums and observatory.

Glen Flores, Municipal Works Director explained that, in the case of Likanantay, the main objection was that it was being built in the heart of the city, where traffic congestion and its location close to school sand a health precinct could pose problems. Similarly with Dreams’ proposal, the council claimed that ​​its Los Peñones site was also too close to hospitals. Dreams is contesting the decision.

Boldt runs five gaming properties located in Buenos Aires, Santa Fe, Mar del Plata and Miramar whilst Invergaming, the group being the Peralada brand, has operations in Barcelona and other cities in Spain. The two groups have already partnered in developing casinos in Uruguay.

Currently 24 casinos are in operation in Chile, 17 of them were authorised by the Board Process Resolving in 2006 and 2008, while the remaining seven are for municipal grants.