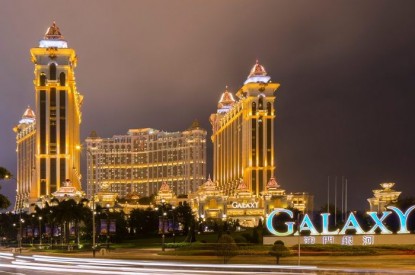 The normally resilient Macau powerhouse reported an 8.4 per cent year-on-year decline in net revenue to HK$13bn in the three months to 31 December 2019 with annual results down by six per cent to HK$51.9bn.

Galaxy Chairman Dr. Lui Che Woo said: “In light of the pneumonia outbreak, we have been working closely with the Macau Government and the relevant departments. We have adopted and supported all protective measures laid out by the Macau Government. The closure may bring challenges to the industry and Macau’s economy, but GEG fully supports the government’s decision and believes that it is critical for society to unite. It is premature to forecast when the coronavirus will be controlled.”

“Consumer spending in 2019 was impacted by a range of geo-political and economic issues such as SinoUS trade tensions and a slowing Chinese economy,” he added. “In mid-January 2020, China and the United States signed a trade agreement, this has resulted in a more positive consumer outlook. Additionally, infrastructure continues to improve, in particular, the targeted early-2020 opening of the train line which extends from Zhuhai to Hengqin and the associated new immigration centre, as well as the already commenced Macau Light Rail Transport (LRT) in Taipa which increases the ease of travel to and within Macau. Having said that, we expect Macau may continue to experience geo-political and economic challenges that may have an impact on consumer confidence in 2020.

GEG experienced good luck in its gaming operation during 2019, which increased its Adjusted EBITDA by approximately $824m. VIP GGR was $27.6bn, down 26 per cent year-on-year. Electronic GGR was $2.5bn, up two per cent year-on-year.
Dr Lui added: “One of GEG’s business philosophies is to continuously search for products and offerings that will enhance our resorts and increase the appeal to customers. With this in mind, starting in 2018, we introduced a $1.5bn property enhancement program to refurbish the main gaming floor, hotel rooms, non-gaming facilities, and introduced some new F&B and retail concepts. We have almost completed the previously announced property enhancement program in both Galaxy Macau and StarWorld Macau, and we have identified and are reviewing additional enhancement opportunities. We believe this approach keeps the property fresh and appealing, particularly to our repeat customers. This also demonstrates our continued commitment to invest in Macau.”

“We have almost completed the previously announced $1.5bn property enhancement program in both Galaxy Macau and StarWorld Macau, and we have identified and are reviewing additional enhancement opportunities. We continue to make progress with our concept plan for a lifestyle resort on Hengqin that will complement our high energy resorts in Macau. Our Japan based team continues with our Japan development efforts. We view Japan as a great long term growth opportunity that will complement our Macau operations and our other international expansion ambitions. GEG, together with Monte-Carlo SBM from the Principality of Monaco and our Japanese partners, look forward to bringing our brand of World Class Integrated Resorts to Japan. We continue to strengthen our Japan Development team and build our resources as we move forward in the Integrated Resorts process.” 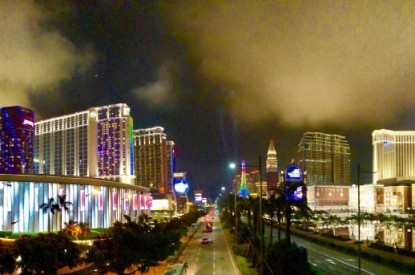