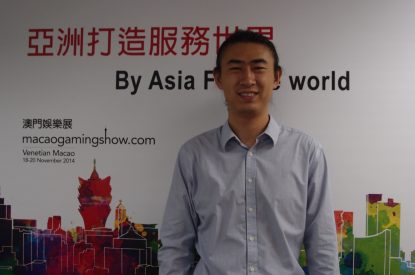 The Macao Gaming Show’s ‘robust’ advertising campaign is now in full swing following the launch of a series of TV adverts that will be showing in over 40 of Macao’s most luxurious apartments and commercial buildings.

The 10-second broadcast forms part of an ongoing international promotional campaign in the lead up to the November (18 – 20) event at the Venetian Macao, which encompasses over 200 pages of gaming print media advertising and a dynamic promotion that sees MGS branding, information and messaging displayed across the Special Administrative Region’s yellow cabs, as well as on buses from the airport to the region’s main gaming district, the Cotai strip.

Ross Zhang, Event Operation Manager for MGS added: “This is an exciting time for all of us at MGS as the build up to show reaches its most intense stage. As witnessed by our robust and exhaustive advertising campaign, we’re fully invested in delivering our ‘By Asia For The World’ message to the world and showing everybody that November’s Macao Gaming Show will be the perfect opportunity for exhibitors and delegates to connect, network, discuss innovations, explore business opportunities and get a true taste of the Asian gaming market.

“Macao is the centre of the World’s gaming sector, and with MGS rooted firmly at the heart of Macao’s gaming community the Venetian Macao is the only place to be in November,” Zhang added.

Peggy Lee, Head of Sales for Road Media Limited, the company responsible for implementing the yellow cab advertising campaign, said: “MGS is making a dynamic advertising statement and will be delivering their message across Macau, including on the Cotai strip and beyond as part of the taxi’s ongoing journey around the region. We are excited to have this opportunity to work with the Macao Gaming Show and look forward to helping them achieve their goal of becoming Asia’s number one gaming event.”