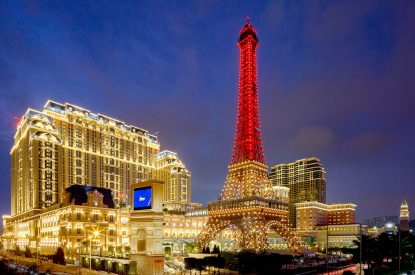 S&P Global Ratings and Deutsche Bank are among the analysts who have joined Macau Chief Executive Fernando Chui in predicting that the Macau economy will recover to grow in the low single-digits in 2017.

The 2017 recovery will be driven by Macau’s gaming industry with gross gaming revenue (GGR) tipped to grow by as much as 10 per cent next year, according to S&P Global Ratings.

S&P Global Ratings credit analyst Sophie Lin said: “New casinos will add non gaming attractions and hotel rooms, both of which should help attract mass-market gamers to Macau. Cannibalisation could occur between new and existing casinos, but we believe the worst is behind the industry.”

Karen Tang, Research Analyst at Deutsche Bank, said: “We are positive on Macau’s mass market growth potential especially since industry has finally returned to growth after eight quarters of decline. The revenue shift to mass market underpins margin improvement. Mass-market margins are normally in the range of 30 to 40 per cent, compared with about 10 per cent for the VIP segment.”

She believes the mass-market sector will make up roughly half of the total GGR in 2017.