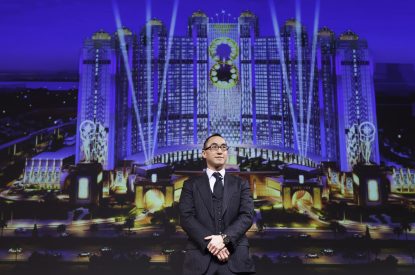 A decline in VIP players and less mass-market gaming saw net income for Macau casino operator Melco Crown Entertainment fall to US$1.12bn in the fourth quarter of 2014, dropping by 19 per cent from last year.

Revenue for the year ended December 31, 2014, was also down. Melco Crown Entertainment reported net revenue of US$4.8bn versus US$5.1 billion in the prior year. The year-over-year decline in net revenue was primarily attributable to lower group-wide rolling chip revenues, partially offset by improved group-wide mass market table games revenues.

Lawrence Ho, Co-Chairman and Chief Executive Officer of Melco Crown Entertainment, said “While 2014 was a challenging year for Macau, I am pleased with both our relative operating performance and the meaningful advancements we have made towards realizing our significant growth pipeline, positioning us to succeed now and in the future.”

Mr. Ho added: “In Macau, our world-class and unique assets, together with our market-leading premium-focused amenities and service standards enabled us to once again take share, in a disciplined manner, in the mass market table games segments in the fourth quarter of 2014. At the same time, the repositioning of our rolling chip business at both City of Dreams and Altira Macau continues to gather momentum and resulted in an increase in market share during the most recent quarter.

“Our strategy and commitment to continually enhancing our current product offering in Macau, including the ongoing development of our luxury retail precinct and the iconic fifth hotel tower at City of Dreams, which remain on track for openings in the first half of 2016 and first half of 2017, respectively, ensures all of our operating assets remain highly competitive in a constantly changing environment,” he added.

Studio City, the next standalone integrated resort to open in Macau, remains on track to meet its design and construction budget of US$2.3bn and its scheduled opening in the third quarter of 2015. This Hollywood-inspired resort will change the entertainment landscape in Macau and will be at the forefront of positioning Macau as Asia’s leisure, tourism and entertainment capital.

“With the opening of City of Dreams Manila, Melco Crown Entertainment firmly announces its presence as a regional gaming and entertainment company. The property’s successful grand opening on February 2, 2015highlighted our Company’s commitment to providing the best of entertainment, lodging, food and beverage and gaming to the fast-growing Philippines tourism and leisure market.

“Our innovative approach to providing leading edge entertainment ensures that we are strongly positioned to cater to an ever-changing and aspirational regional clientele, whether that be in Macau, Manila or any future gaming markets that meet our strict investment criteria. With Macau at its center, we remain steadfast in our belief that Asia will continue as the fastest growing and most important leisure and tourism market in the world, supported by a rapidly expanding middle-class and strong economic growth.”