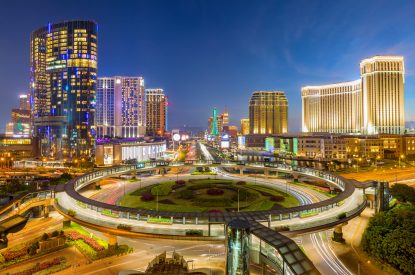 Moody’s Investors Service, believes Macau’s economy could rebound back to pre-Covid-19 levels by 2024.

Analysts there said that although the SAR’s economy has been seriously hit by the Covid-19 pandemic, Macau maintains strong sovereign finances and fiscal reserves will allow it to deploy them to support the population.

Moody’s said: “The growth volatility of Macao’s economy is among the highest of all rated sovereigns. While efforts to diversify growth away from the gaming industry have been ongoing since 2015-16, Moody’s does not expect them to yield material results over the near-term. But despite the highly volatile nature of economic growth, Macao’s vast fiscal and external reserves — significantly stronger than those of similarly rated peers – and very high per capita incomes continue to support its credit profile. The stable outlook reflects Moody’s expectations that economic activity will likely be restored to pre-pandemic levels by 2024, spurred by a recovery in the gaming sector, and that the impact on the labor market, while severe, will not be permanent.

“With an economy and revenue base highly reliant on gaming, the sudden stop in tourism flows as a result of the global coronavirus shock has hit Macao hard. The collapse in gaming revenues resulted in real GDP falling over 56 per cent year-on-year in 2020,” it added. “However, Macao’s vast fiscal and external buffers have allowed it to deploy significant stimulus measures over the course of the past year. Total fiscal stimulus amounted to MOP 52.6bn, or 27 per cent of GDP in 2020, and a further 12 per cent of Moody’s estimated GDP in 2021. These measures have limited the impact of the slump in economic activity on domestic demand.

Embedded in Moody’s assessment of Macao’s credit profile is its very high growth volatility, which acts as a structural constraint on the SAR’s economic strength. Measured by the standard deviation of real GDP between 2010 and 2019, Macao had the most volatile growth among all rated sovereigns, behind only Bermuda and Venezuela.

Moody’s added: “Macao’s gaming industry is also vulnerable to slower growth in China and Chinese government policies, as well as to competition from neighboring destinations, such as Cambodia, Singapore, and Japan. Moreover, as an SAR under the ‘one country two systems’ policy , Macao’s credit profile is closely tied with that of China’s across economic, institutional, and political aspects. Macao’s GDP growth is closely linked to a recovery in China, including to a vaccination drive in the mainland, which would allow for a relaxation in travel restrictions. Conversely, a stunted growth recovery or a renewed wave of infections in China would result in a delayed economic recovery in Macao. Policy measures in China that undermine Chinese demand for Macao’s gaming and tourism would also significantly hinder the SAR’s economy, as evidenced between 2014-16.”

Under Moody’s assumptions, a full recovery in tourist arrivals, and therefore, gaming revenues, will not occur until early 2023.

Moody’s said: “These assumptions are underpinned tourist arrivals gradually recovering in the second half of this year, such that total arrivals will still remain about 60% below pre-coronavirus levels in 2021, before improving to record a 25 per cent shortfall in 2022 and an increase relative to pre-pandemic levels only in 2023. The ensuing economic upturn is likely to track the recovery in tourist arrivals, since relaxations of travel restrictions with China will result in an upturn in gaming revenues as pent-up demand returns. Structural changes underway – even prior to the pandemic – to promote economic diversification, as described above, are further supportive of a recovery.” 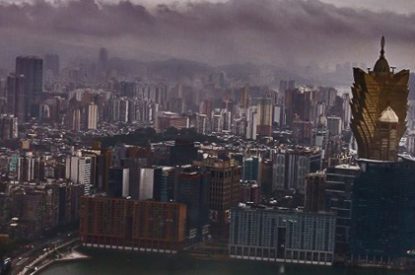 China – Visitation to Macau up but spend per head falls