China – Wynn Palace drives Q2 but access is holding it back 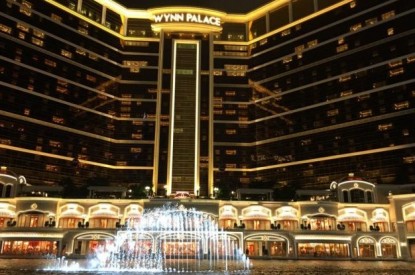 Despite helping the company to a 44.5 per cent increase in second quarter revenue, Wynn Resorts believes its latest Macau casino Wynn Palace has a long way to go to fulfill its true potential.

Overall, the company’s revenue increased to $1.53bn for the quarter that ended June 30 due mainly to the $414.7m generated by the Wynn Palace just off the Cotai Strip in Macau, which opened in August.
Mr. Wynn citied ‘rather unique and unprecedented obstacles’ that Wynn Palace has had to overcome, saying that it wouldn’t reach its full potential until a transport system, a pedestrian bridge and two neighbouring casinos have been completed.

Mr. Wynn said: “The mass is really affected by the physicality of the neighbourhood. [Wynn Palace] is literally surrounded on four sides by things that are under construction that will all add to our mass. We’re surrounded by fences. We’re on the edge of everybody. When we get surrounded again by SJM, by the monorail, by MGM and we have our connectivity, the picture’s going to change dramatically. It’s amazing this place does as well as it does. We’ve dealt with a severe handicap here.”

Wynn Palace is flanked by a raised monorail system on two sides whilst roads have yet to be finished, making it difficult to reach the property on foot. Mr. Wynn said: “It’s virtually life-threatening to get across the street to our gondolas and our entrances. So we have been able to make money and have satisfactory progress in spite of these rather unique and unprecedented obstacles that we’ve faced.”
He expects a pedestrian bridge with escalators leading to the monorail station may open within four weeks. This would provide pedestrians with a safe option to cross a busy street. He expects the neighbouring MGM Cotai to open in the Autumn.

“The completion of the transportation system will not only be the removal of a negative, but the addition of a positive for the mass market,” he said. “MGM in these final stages has enormous neighborhood implications. Streets have been blocked. Barricades are up. When they commence operations this fall, it will open up one side of our property, the West side of our property, which is the fronting side on the lake in the gondola and our entrances.”

One of the things he is particular pleased with is the fact that the opening of the Cotai project hasn’t cannibalised Wynn’s downtown properties.

“Our business grows and we’ve settled one question beyond a shadow of a doubt in the last 10 months and that is the cannibalisation that was expected,” Mr. Wynn said. “We’ve continued to grow in our original Wynn Macau and Encore complex.”

In its domestic market, Wynn is finalising the blueprint and for the first phase of the Paradise Park project, that will bring a lagoon for water sports, surrounded by white-sand beaches, to land behind Wynn Las Vegas. Mr. Wynn said construction would begin late this year or in early 2018.

He said the project, which will include a convention facility and new hotel rooms, was on ‘the most precious piece of real estate in the whole resort industry in Las Vega.’

Speaking after Wynn had delivered, Mr. Wynn said. “The conversations I’ve had have been very exciting and gives me a lot of optimism about how we will continue over the next four to five years. “The entire north end [of The Strip] will look different,” he said. “We’ll have a new bar and new VIP seating. None of these hotels stay the same. If you’re not growing, you’re going backward.”

The company is currently constructing Wynn Boston Harbor, an integrated resort in Everett, Massachusetts, located adjacent to Boston along the Mystic River, which it expects to open in mid-2019.
Mr. Wynn added: “We are buying up the neighborhood to make Everett a destination convention and entertainment element of the metropolitan area of Boston and central Massachusetts.”