Cyprus – Mayors to cooperate to contest Cyprus’ one casino proposal 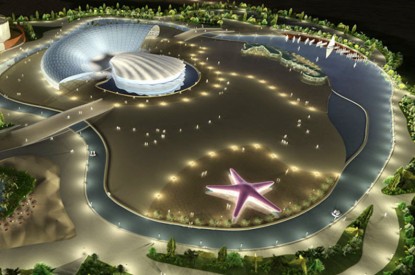 The backlash from mayors in Southern Cyprus following the promise of just one casino licence is underway with representatives from the five main districts preparing to appeal the government’s decision.

Ministers announced in July that one licence for an integrated casino resort would be put out to tender rather than several licences for smaller operations.

The five mayors are angered that only one of the main districts will benefit from the boost to its economy that the casino will bring. They believe there is a chance to differentiate with several different casino models that could be strategically designed and located to appeal to different tourist segments.

The Mayor of Nicosia Constantinos Yiorkadjis believes the south side of the island would be better served with smaller scale casinos.

Limassol Mayor Andreas Christou added that each town had their own strengths and that it would only be fair to award licences to all of the districts. Limassol, he explained, was home to many Russians who would play in the casinos.

Larnaca Mayor Andreas Louroudjiatis believes only one casino will pitch localities against each other rather than seeing them cooperate as they should too. He added that Cyprus was too small to see localities fighting over tourists. He then sang the praises of Larnaca saying it as one of the main gateways into Cyprus but that no new hotels had been built in the town for the last two decades.

He is piecing together an initiative whereby other mayors can cooperate in a project if the one casino concept goes ahead in Larnaca.

Paphos Mayor Savvas Vergas said he didn’t agree with the proposal and would contest the decision as it would cause more economic problems for the areas not chosen.

The government based its decision on findings in a study carried out by private-sector consultants and commissioned by the Cyprus Tourism Organisation. It is currently in recess but plans to approve the proposal when MPs return in later in the year.