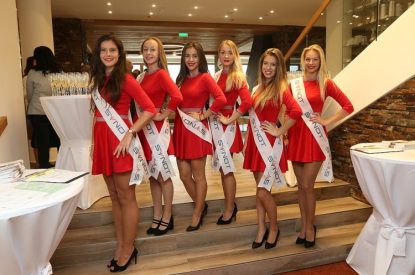 The last week of October saw the SYNOT Open Day take place in the newly opened Grandhotel Tatra in Velke Karlovice, in the beautiful area called Beskydy in the Czech Republic. The event was attended by more than 200 guests – SYNOT business partners from a number of countries where SYNOT is developing its activities.

“The SYNOT Group currently operates in approximately 20 countries all around the world and I am sincerely glad that many of our business partners and suppliers have accepted our invitation. These were mainly guests from the Czech Republic, Slovakia, Serbia, Romania and the UK,” states Neofytos Neofytou, Managing Director of SYNOT International, adding: “Such occasions are very important to us because, among others, this help to strengthen relations with our partners.”

However, the aim of the event was not only to strengthen business cooperation, but also to present the news from each of the individual companies within the SYNOT Group.

“This was especially the introduction of the new game compendium VLT Premium 1 and 2, which will appear on the Slovak and Czech markets in the first quarter of 2018, including the VLT Firebird and the further game compendiums, Explosive Games Premium or Phalanx and Pentagon product sets. In addition, SYNOT showed a variety of new games from its games studio, SYNOT GAMES, which guests could test on platforms including VLT terminals, desktop application and mobile devices,” said Miroslav Valenta jr., Sales Director of the SYNOT Group.

In addition, guests had the opportunity to participate in several presentations and lecture sessions where they were introduced to new products offered by the SYNOT Group, especially the new online casino. An important part of the product presentation was a unique player registration system that meets the requirements of new legislation in the Czech Republic. Modern camera systems provided by GAN, as well as SYNOT ICT Services technology, were also introduced to guests.

Concluding, there was a discussion on current legislation, including registration of players, changes in licensing processes and other requirements resulting from the new Gambling Act that will enter into force in the coming year.

In the evening, the program was enriched by social entertainment, including the performance of singer Monika Bagarova accompanied by fashion show in Grandhotel Tatra.