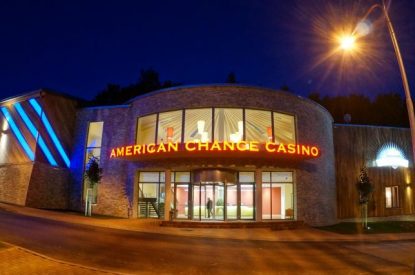 Czech casino owner Trans World Corporation reported an increase in net income of 42 per cent in its financial results for the second quarter and six months ended June 30, 2013.

The group, which operates the American Chance brand with three casinos in Czech, saw second quarter total revenue increase by nine per cent to $9m, compared with approximately $8.3m for the same quarter in the prior year. The increase in revenue was primarily attributed to stronger business volume at two of the company’s casinos. Revenues for live games increased by 9.8 per cent over the same quarter of the prior year, due to a 15.2 per cent increase in drop per head and a 1.4 percentage point increase in win percentage, as compared with the second quarter of the prior year. Revenue from slot games also increased for the period by 10.7 per cent. These revenue improvements were made in spite of the widespread flooding that prevented many of the company’s players from visiting TWC’s casinos.

Rami Ramadan, Chief Executive Officer, said: “Despite severe flooding that plagued Europe in the second quarter, and effectively reduced attendance at some of our casinos, TWC was able to generate a nine increase in total revenue, as well as a 42.1 per cent increase in net income, when compared to the same quarter a year ago. The growth in revenue was primarily due to a combination of higher spending per capita, which boosted players’ drop per head, as well as a stronger hold percentage, and an increase in slot business. We have partially recovered from the impact of this recent flooding and the unusually severe winter, experienced in the first quarter, and are taking great efforts to continue improving results for the remainder of 2013. We expect that the re-launch of our newly-renovated casino, located in Ceska Kubice, Czech Republic, at the end of the recent quarter, and the continued popularity of our slot business at all our casinos, will provide incremental revenue in the future.”

On June 29, 2013, the company hosted a re-launch party at the Ceska Kubice Casino, located near the German border, to celebrate the newly-expanded facility. The Company enlarged the casino building by nearly 60 per cent to include an improved live game area, the addition of five VIP hotel guestrooms, and a larger restaurant and entertainment facility.