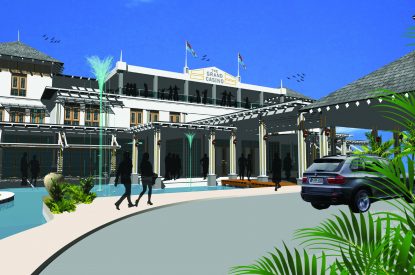 One Hundred Sands could see its license to operate the first casino in Fiji revoked if the Social Democratic Liberal Party (SODELPA) is voted in as the new government.

SODELPA has said it will declare Fiji a casino-free country in its manifesto.

A spokesperson at SODELPA said: “They [casinos]are an undesirable form of tourism investment associated with organised crime, racketeering, prostitution, and other problems.”

One Hundred Sands was given the exclusive licence to build and operate Fiji’s first casino on Denarau Island in December 2011. The building work for the $290m casino should have been completed last October but delays including the relocation of the project to outside Denarau meant that construction work didn’t get underway until this year. The casino is expected to be fully operational within a year and a half.

One Hundred Sands chairman Larry Claunch said the company had managed to secure funding through other investors including Tim Manning from New Zealand. The casino will have 500 slot machine and 32 table casino, which includes a race and sports book, high stakes gaming area and convention centre.