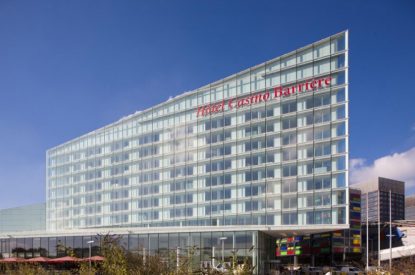 French casino group Lucien Barrière has confirmed its launch into the eSports sector with two major events organised at its casinos in Lille and Toulouse.

Dominique Desseigne, Chairman of the Barrière Group Executive Board, said: “The launch of the eSport Tour Barrier is a great symbol of our ability to innovate and adapt to this new world of gamers to attract a clientele of young enthusiasts.”

After hosting the Hearthstone Festival in 2016, which had attracted more than 4,000 fans, the theater at the casino in Lille will stage the first part of the Barrière eSport Tour with a friendly tournament that will bring together the most influential players from the scene of League of Legends and their teams, with a cash prize of €10,000. The entire show, to be held on May 27, will be broadcast live for free on the Twitch platform.

In Toulouse, the second stage of the Barrière eSport Tour is scheduled for November 11. Next year, there should be one event per quarter. The group relies on Webedia – the Fimalac Group, a shareholder of the Barrière Group – to reinforce its position as a major player in leisure and entertainment. The aim is to strengthen “through this exclusive concept, its positioning with the Millennials, a hyper-connected target that requires specific communication and codes.”

Mr. Desseigne did not want to reveal the amount of investment made to get into this new sector. “At Barrière, modernity is a plus and it will surely pay off in the long term,” he said.

The eSport sector has already attracted interest in France from two other players, the FDJ, which has teamed up with Webedia to launch the FDJ eSport and the PMU, along with the PMU eSport.

PMU has partnered with Meltdown to develop a chain of bars branded as eSports Meltdown. It has also partnered with PandaScore, a specialist in data eSports. The PMU eSports brand will benefit from high visibility with 16 locations in Aix, Paris, Bordeaux, Caen, Clermont, Dijon, Grenoble, Lille, Lyon, Montpellier, Reims, Rennes, Strasbourg, Toulouse, Troyes.