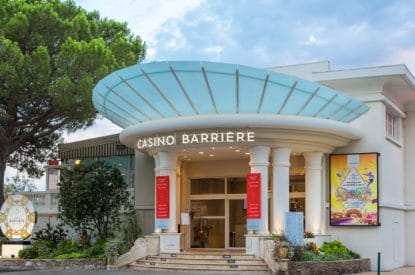 The municipal council of Sainte-Maxime, the Var region has unanimously approved a new 20 year operating licence to the existing SA Casino de Sainte-Maxime, a subsidiary of Lucien Barrière, the only company to apply for the concession.

The new specifications of the licence differ significantly however from the previous one and were the subject of a fierce debate between the Barrière group and city officials. The municipal levy will increase from 6.5 per cent of the net profits of games to 10 per cent. The current national fee of €45,130 will be increased to €60,000 and the contribution to cultural events will increase from €63,700 to €110,000.

Based on the 2018 financial year, the municipality estimates that it will receive around €300,000 more per year.

The local council also wants the casino to help renovate the sea side location by restoring the facade and building a terrace on the beach entrance. The total cost of the project is estimated at €2.7m with the casino expected to put forward €600,000.

The Barrière group also wanted to question the opening of the casino during the winter period. The town did not accept and the restaurant will remain open, with a weekly closure of 1.5 days. Finally, the municipality has not approved the possibility of setting up the sale of scratch and draw games of the Française des Jeux, so as not to compete with local merchants but the casino will be able to launch online betting.