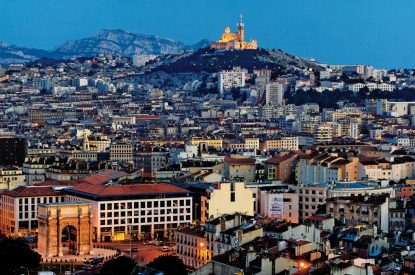 In the French city that hosts 4.5 million tourists per year, the Municipal Casino of Marseille will not be developed at the former headquarters of the SNCM, a French ferry company, as it was planned. Despite its size (20,000 sq. m) the location will not be adapted for the installation of gaming facility, according to Jean-Claude Gondard, the secretary-general of Marseille’s city services. However, the project is not abandoned. The city council agreed with the construction of a casino on pier J4, right opposite the Mucem and the Villa Méditerranée.

“In Euroméditerranée’s plans, it was always intended to erect a large facility on the plot situated on the north section of J4, along the quays,” explained Jean-Claude Gondard. Proving investors’ enthusiasm for this site, which has been undergoing renovations since the opening of the cultural facilities, the city is said to be weighed down under applications from candidates: “We regularly receive proposals. We even had an application from a cinema operator wanting to open an art house cinema on the site,” added the secretary-general of Marseille.

Cinephiles will have to wait, as for now the city council decided for the casino option; an option which should boost the city’s budget. “We’re aiming for a large establishment which could bring in tens of millions of royalties just with standard operations,” stated the head of city administration. For the time being, the operation is still in its preliminary stages and will have to go through a long administrative process. “The project could be completed in four or five years from now,” explained Mr. Gondard. During this time, the city will launch a call for projects and will select an operator to whom it will entrust the management of the establishment via a PSD (public service delegation).