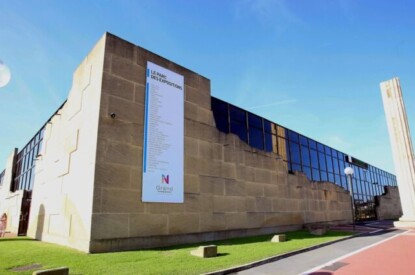 The town of Narbonne in the French region of Aude is looking at the plausibility of opening a casino on the site of its exhibition center.

The municipality has launched a sourcing procedure, under the title “Preliminary discussions with economic operators on the project to build and operate a casino-hotel complex in Narbonne”. The procedure will make it possible to inform potential interested parties before the launch of this project as well as gauge the interest shown in it by all the economic players in the sector.

The complex would be built on the site of the current exhibition center of the city and would be the subject of a declaration of public service for 20 years. The banks of the Robine already host a museum, the Arena, a sports park and a commercial area.

The hotel-casino would also offer a catering activity, entertainment and seminar rooms.

The Aude department currently has four casinos: Port-la-Nouvelle and Gruissan, both operated by the Stelsia group, Leucate, owned by Circus and the Alet-les-Bains casino, owned by the Omnium group.

The classification of the city of Narbonne as a tourist seaside resort was published in the Official Journal of July 12, 2008. This allowed it to apply for the opening of a casino, but the new socialist municipality did not want one at that time.

Since January 1, 2018, municipalities can in principle no longer rely on a classification as a city or tourist resort to apply for the opening of a casino, with the exception of metropolises with an agglomeration of more than 500,000 inhabitants with a national artistic scene, or cities with more than 15,000 inhabitants in Guyana.