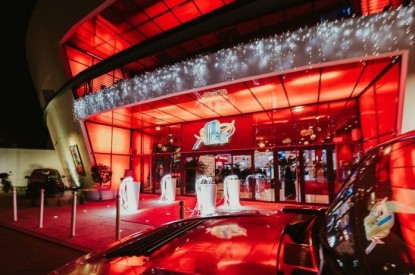 French casino group Partouche is launching an almost drive-through casino at its La Grande Motte casino to counter the latest round of COVID-19 closures with an outdoor play area where customers can park and play.

Partouche has been authorised to test the concept, initially on the shores of the Mediterranean where the climate is milder.

Partouche, who has filed for a patent for this concept, stated: “The Pasino de la Grande Motte has been authorised to test a concept unique in the world with the creation of a game offer in drive mode by setting up tents in its car park equipped with slot machines and an electronic roulette station.”

The launch should take place in early January, subject to approval from the supervisory authority.

Stephan Vosgiens, General Manager of the Hérault establishment, explained that 27 gaming pod’s have been installed in the casino’s car park, all of which are only accessible by car. After a check at the entrances, casino customers will go to a first box of 25 m2 intended for parking the vehicle. Once parked, customers will be able to go to an adjoining box where five gaming stations will be installed offering 10 large format slot machines, English roulette or electronic Black Jack. For the 17 small format boxes, there will be two game screens.

In total, 64 screens will be placed on the site, ie 36 slot machines and 28 electronic roulette or Black Jack stations. In each box, three CCTV cameras will be installed. After customers have left a box, all machines will be cleaned and disinfected.