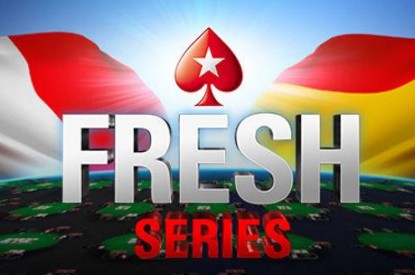 The series ran from January 28 to February 11 and saw more than 30,000 unique entries and a total prize pool of €6,149,751 across 50 scheduled events, which exceeded the €5 million prize pool guarantee.

The FRESH Series Main Event winner also received a Platinum Pass, worth around $30,000, giving the winner a free-ride to the previously announced PokerStars Players No Limit Hold’em Championship (PSPC). The PSPC takes place in the Bahamas in 2019 and The Stars Group expects it to be the largest $25,000 buy-in poker tournament in poker history. The Stars Group is giving away a total of $8 million worth of Platinum Passes and an additional $1 million for the overall winner at the PSPC.

“It was great to see French and Spanish players challenging each other on the virtual felt,” said Rafi Ashkenazi, Chief Executive Officer of The Stars Group. “The success of the FRESH Series is an encouraging start as we look forward to extending the shared player pool to Italy and Portugal in the future.”

Regulators in Italy have reiterated and those in Portugal have recently confirmed their respective intentions to join the shared market with France and Spain. The Stars Group intends to seek approval to enter into such shared player pool markets if and when they become available.