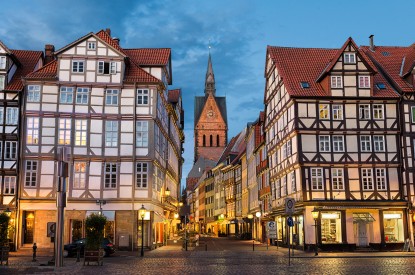 The German state of Niedersachsen (Lower Saxony) – situated in the northwest of the country, bordering with the Netherlands and ending at the North Sea – has applied some the most stringent sanctions in reducing the number of arcades within its state borders. However, there is no consistent law to which operators can refer. The state officials decided cynically to reduce the number of arcades by asking neighbouring arcades to draw lots. The process did not take into account the circumstances of the operator, how long the licence had been active, or which business was most deserving to remain open. Those who drew the short straw were simply told to close their arcade.

As a result, there has been a flood of court cases opposing the rulings by operators trying to save their businesses. In the state capital, Hanover, there are 160 such cases registered where 58 have now been concluded. Some have been won, others lost. The costs have been considerable and the subject of compensation has not yet been put on the table.

Florian Heinze, a lawyer based in Hanover and legal advisor to the AWP gaming body in Lower Saxony, stated: “Of the approx. 700 operators who have been forced to close, several hundred have filed a suit in the administrative court. About 80 per cent of these who had lost in the process of drawing lots have been allowed to continue their operations.”