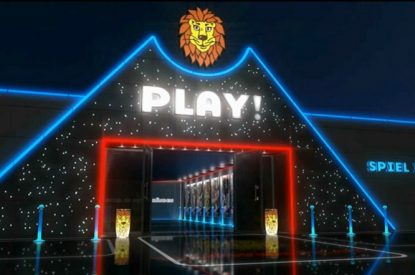 The new State Treaty on Gambling came into force on July 1 with an agreement bringing to an end years of negotiations between the federal states end and the gaming market in Germany giving it a new and fundamental framework.

Amid allegations of ‘politics gambling away consumer protection for alleged tax revenues’ and politicians ‘sacrificing the primary objective of the State Treaty on Gambling 2021 – youth and player protection – for tax revenues that will not occur and driving players into the black market’ the various gaming and betting sectors in the country have reacted differently to its launch.

Renatus Zilles, Chairman of the Board of DVTM, German Association for Telecommunications and Media, said: “The DVTM and its members expressly welcome the new State Treaty on Gambling 2021, which will come into force on July 1, 2021, and are committed to the primary objective of optimizing youth, consumer and data protection in conjunction with efficient addiction prevention and addiction support for players.”

He explained that the planned amendment of the RennwLottG has serious consumer protection, economic and fiscal policy implications that have obviously been underestimated by everyone in the legislative process. The planned tax rate of 5.3 per cent of the stakes in virtual slot machine games and online poker corresponds to approx. 125 per cent taxation of the income of the providers in this area.

Mr. Zilles added: “In order to provide economic and competitive offers on the market, the providers have to reduce their payout quota to a level that drives the players completely into the black market. There you will find more attractive offers and more profits just a “mouse click” away. Current studies and expert assessments come to the conclusion that the “player channeling” at the planned tax rate falls below 50 per cent.

In the opinion of well-known experts, Germany is also threatened with financial and political collateral damage, since the online employment tax is largely an aid that is illegal under European law. Furthermore, these experts assume that the law is subject to a notification obligation at EU level and that this has not been observed, with the result that the law can become inapplicable.

Mr. Zilles explained: “The main victims would be the municipalities, federal states, state gaming casinos or banks and arcade operators / the machine industry, who would have to pay billions in compensation in the event of a violation of EU state aid law, which would mean the loss of a large part of the approximately 80,000 jobs in the industry.”

He believes the threatening scenario could have been prevented if politicians had taken the ‘appropriate time to pass an adequate tax law that also complies with European standards.’

“Unfortunately, politicians disregarded all of our reports and expert opinions, with the result that the primary objective of the State Treaty on Gambling, the improvement of youth and player protection, is pulverized and there is a threat of political and economic collateral damage for Germany,” Mr. Zilles explained. “We will do everything we can to ensure that this mistake is promptly corrected by politicians and that a liberalized and sensibly regulated market is created for the benefit of players, especially young people, politics and companies.”

Georg Stecker, spokesman for the umbrella organization Die Deutsche Automatenwirtschaft eV (DAW): “We welcome the State Treaty on Gambling, because for the first time it regulates the entire market and recognizes the realities of consumers in a digitized world. With the nationwide lock file across all game types, it significantly improves youth and player protection.”

He added: “When regulating commercial slot machine games, the federal states have agreed that quality criteria in the area of player and youth protection will be applied. After years of discussion, this is the right step to increase the quality of the range of games in the long term and thus separate the wheat from the chaff.”

“It is important to strengthen the commercial game. Only with sufficient and high-quality range can be steered and fulfill the important channeling order from the State Treaty on Gambling and curb black marketing of human playfulness on track ”

Harry Barnick, Third Bridge analyst has warned that the treaty would ‘wreak havoc in certain states where Loewen Play operates.’

“Whilst Bavaria will allow the group to operate with its current footprint, Baden-Wuerrtemberg has adopted a more stringent approach and a number of sites and machines are at risk of closure,” he explained. “Our experts indicate that up to 10 per cent of machines could disappear across Germany in light of the regulation. Loewen Play should be resilient in the face of this crisis, with only five per cent of sales lost in comparison. Effectively managing utilisation per machine will be crucial.”

Alongside the Interstate Treaty, Loewen Play is dealing with Gaming Ordinance regulation, which will restrict how players interact with machines.

Mr. Barnick explained: “In particular the new card mechanism could lead to a drop in GGR per machine of up to 10 per cent. Our experts expect the post-lockdown recovery in 2021 to be slower than 2020 as customers are still apprehensive about returning to Loewen Play’s sites. The online market presents a huge opportunity for Loewen Play, which is targeting a five per cent market share. However, with the current levels of taxation, profitability will be a challenge. Liquidity continues to be an important factor in the survival of Loewen Play and investors will be paying close attention to EBITDA generation, CAPEX and operating expenses through the Covid recovery period.”