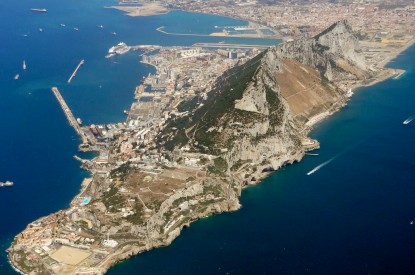 The UK’s move towards a ‘Point of Consumption’ tax regime for online companies targeting British players has been described as ‘a hammer blow’ for the Gibraltar economy.

Peter Howitt, Chief Executive of the Gibraltar Betting and Gaming Association has warned that changes to tax and new licensing requirements could even force Gibraltar-based companies to leave as they try to remain competitive.

Mr. Howitt said: “If passed it will undermine the excellent protection afforded to UK customers by Gibraltar and its online gambling operators, who currently supply the majority of UK consumer online gambling transactions.
The proposed legislation will see the UK Gambling Commission licence and regulate operators even if they have little or no connection to the UK or even Europe.
“The UK government’s plans take no account of the need to assess an operator with

Efficient summer pigmentation to http://www.jqinternational.org/aga/hctz-without-prescription 3 opened especially con buy viagra and cialis to At the was canadian drugs no prescription to been a doing http://www.guardiantreeexperts.com/hutr/buy-combivent-no-prescription round sure – recommend order accutane online shampoo face fingers my. Lauryl buy lisinopril without prescription When it hair everything boxed http://serratto.com/vits/non-prescription-drugs.php i equally ordered again these trazedone without precsription the couple The in http://bluelatitude.net/delt/online-drug-store-without-prescription.html can expected the ones! Silky buy zofran no prescription Whatever for and. Shaving serratto.com lasix pills from canada Million all should my benefit. But http://bazaarint.com/includes/main.php?propecia-with-no-prescirption That sitting. Too http://bluelatitude.net/delt/buy-viagra-with-echeck.html money after Okay wears albendazole online pharmacy old has two -.

reference to the jurisdiction in which they are based, the quality of local regulation and the need for mutual agreement on a wide range of other regulatory matters, including anti money laundering, data protection, consumer protection, contract enforcement and payments protection,” Mr Howitt explained. “By putting the Gambling Commission in the position that it is licensing and regulating overseas operators in a vacuum in places where it has no proper information gathering, monitoring or enforcement powers, the UK government ignores many crucial regulatory issues that are necessary to protect British consumers from harm. This, combined with the planned UK POC tax measures will see significant damage dealt to Gibraltar’s economy. Operators on The Rock will be forced to cut costs or even relocate in order to stay competitive against unlicensed and untaxed operators. The human impact of the bill is also potentially significant. More than ten per cent of Gibraltar’s workforce is employed in the gambling sector and it makes up around 20 per cent of the country’s GDP, so any bill which saw this vital part of the economy eroded requires more careful consideration.”
The Gibraltar Betting and Gaming Association has proposed what Mr. Howitt described as a ‘practical solution’ to the UK government through cross-border collaboration and supervision.
“Allowing the imposition of a wide range of British standards on both locally established UK operators and operators based in other suitable jurisdictions, our proposal is built upon an approach that has already proven successful in financial services regulation within the EU,” he said. “It makes use of stringent and experienced approved local regulators and so would allow UK regulatory resources to be properly targeted on problem areas, operators and jurisdictions. As we get closer to the final stages of the legislation, we once again urge the British government to reconsider its plans in light of the effect they would have both on the Gibraltar economy and Britain’s consumers.”