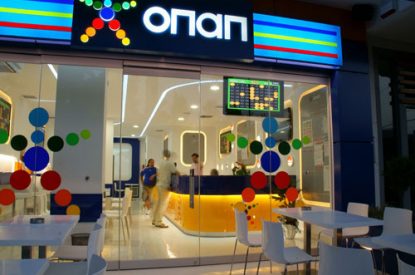 The court said that OPAP’s aims to protect Greek players from illegal online operators was central to its ruling.

Operators such as William Hill, Sportingbet and Stanleybet had claimed that Greece was in breach of EU laws that promote freedom of services

The Remote Gambling Association has consistently stated that the only viable long term market for online gambling in Greece is one that is open to multiple licensees who can provide the value, choice and range of products that are demanded by consumers. This is the only way to ensure that customers get the protection of a Greek licensing system and the Greek Government can benefit from taxation paid by licensed operators.

When the Greek authorities partially opened up the online gambling market in 2012 they allowed 24 EU-licensed gambling companies to provide online sports betting legally. It is estimated that they will pay almost €50 million gross gambling revenue tax to the Greek State in 2014. Greek customers therefore already have a range of operators to bet with and have been protected through a robust licensing regime.

Now the Greek authorities, in a move designed to shore up the privatisation of OPAP, are intending to close down the 24 operators and create an online sports betting monopoly for OPAP. The European Commission should have considerable concerns where markets are closed down without good reason with the RGA believing the Greek Government has consistently failed to implement its own laws to open up the online gambling market. Current legislation allows for the full opening of the online gambling market with licensing of online gambling operators but it has been limited to 24 temporary licenses which are now under threat of removal.

The Commission must at least have suspicions that the motivation for not offering licences for online gambling in the past two years had nothing to do with consumer protection but was designed to sell the Government’s shares in OPAP shares at the highest possible price. OPAP has been granted the monopoly without the proper tendering process. Even if a monopoly could be justified, and that is very difficult to believe, this means that other potential bidders have not had the opportunity to compete for the licence.

OPAP is a long established and successful business in Greece, but it is very inexperienced in the field of online gambling and it is not credible to suggest that it is better placed to protect consumers than companies who have been active in the sector for many years.

The Greek Government has not followed the correct European Union procedure for the implementation of legislation and has delayed responses to requests for information.

Sue Rossiter Director of Projects and Policy at the RGA said today: “The current situation for online gambling in Greece is damaging to the reputation of the Greek regulator and Government. It puts customers at risk by encouraging them to use unlicensed operators if they do not want to be restricted to the limited offer of OPAP.

That will inevitably deny the Greek Government millions of Euros in gambling and associated taxes.
Holders of the 24 temporary licences have demonstrated that a well regulated regime has benefits for all concerned. An extension of this limited freedom to a fully regulated and taxed market can only widen those benefits. In the absence of constructive progress to introduce an open, transparent and fair online gambling regime in Greece, the RGA will be relying on all legitimate options at its disposal, including legal challenges to the EU and the Greek courts, in order to get to a legal, clear, workable and fair resolution.”