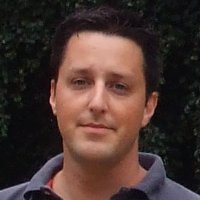 After a successful 2013, NMi is gearing up for ICE 2014 in February with a brand new stand and the largest footprint the company has had in more than a decade exhibiting at ICE.

Julian Borg-Barthet, Business Development Manager for NMi’s Online Gaming Division: “Our larger stand is on the back of our tremendous growth in gaming. ICE is the premier industry event and we are delighted to see that the move to ExCeL hasn’t diminished the significance of the event.”

For over 70 years, NMi offers assurance to manufacturers and end-users by providing compliance testing and auditing to a variety of sectors around the world. These include the oil and gas industry, the mobility, energy and weighing market, and of course, gaming.

“NMi’s gaming operation is thought to be the longest established lab conducting compliance testing in the world which is invaluable to operators, suppliers, and developers. We aim to carry the NMi reputation across the globe as we take our customers to new regulated jurisdictions, and expand into existing markets where we have not previously operated.”

Andrew Rosewarne, director of NMi Gaming, on NMi’s recent expansion to Canada: “NMi has a solid foundation. We are experienced in project management and leveraging the latest technology and expertise, allowing us to work with customers in a way that suits them while never compromising on levels of assurance. We have expanded our teams on both sides of the pond through extensive training and careful selection of new recruits. It’s not an easy task to build the kind of teams that our customers have grown to rely on. We need to make sure that there is synergy between our people and our customers, at all levels of both organisations.”

The gambling industry is going through interesting times. Extensive regulatory requirements are becoming a common hurdle to clear ahead of, and after entry to new markets. This requires a partner with a historical background in regulatory compliance and a track record in building relationships with regulators and industry leaders alike. It’s about the road ahead, not just the here and now. NMi is the customer driven lab that’s proactive in understanding that a great idea today could become a success tomorrow, and getting it right the first time will assure compliance, wherever it is needed, down the line.