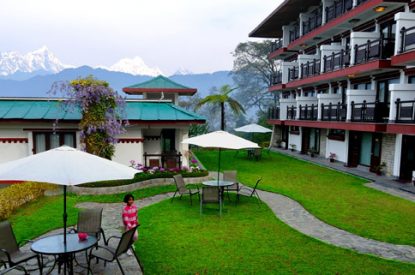 Reports out of India suggest that Delta Corp, the country’s largest publicly traded gaming company, is gearing up to open Sikkim’s third land-based casino with a project nearing completion in Sikkim in the Himalayas.

Analysts believe the Hotel Welcom Heritage Denzong Regency in Gangtok has been given a license under the Sikkim Casinos Act, 2002 to open a live casino within the next two to three months. Delta Corp is yet to make an announcement regarding a specific project although a spokesperson did say this last December.

“Sikkim is another opportunity that one can look at. We can consider Sikkim because there already the casino licences are existing and one could explore the opportunity there. Whenever there is an opportunity we definitely would look at considering it.”

Two casinos are already in operation in Sikkim with Casino Mahjong operating in the Mayfair resort and Casino Sikkim open in Hotel Royal Plaza. Analysts believe that a casino at Hotel Denzong Regency would benefit from a more convenient and strategic location as it is closer to Gangtok city.

The hotel’s website said it “is the only 5 Star Luxury Mountain Retreat in Gangtok, the capital of Sikkim, at a height of 6,000 feet, situated within a 10 acre sprawling, century-old, wooded, family-owned property, which offers the finest views of the city and the pristine splendour of the undulating hills, valleys and a myriad streams that course through it, with the towering Mt. Kanchenjunga peak in the background.”

Sikkimis a small state in northwest of the country, bordered by Bhutan, Tibet and Nepal. It has also opened up betting shops across the state. It is one of three states, along with Goa and Daman, that is allowed to offer casinos.

Delta Corp was recently granted a licence to develop a land-based casino at its Deltin Suites hotel in Goa, marking the company’s first move into onshore gaming in Goa.

Delta, who currently operates two floating casinos in Goa; the Deltin Royale and Deltin Jack, said the casino would be built alongside its five-star, 106-room hotel. The Goan government said last month that it would allows Delta’s MV Royale Flotel vessel to remain in operation in the Mandovi River whilst it finalises a new location for offshore casinos to operate from.

Delta Chairman Jaydev Mody said last year: “We are looking to tap the Sikkim market as well as some international markets like Nepal and Sri Lanka. We have already acquired property for the casino resort in Sri Lanka and the company is exploring the emerging Sri Lankan gaming market which his poised for rapid growth. Indian visitors make up the largest percentage of total visitors to Sri Lanka accounting for 28 per cent of total Sri Lanka tourists.”