Isle of Man – Red Tiger teams up with Casumo 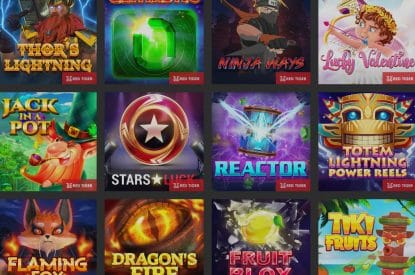 Red Tiger Gaming has launched its full portfolio of slots with Casumo, which is the first operator to go live on its recently granted MGA B2B license.

The new partnership will give Casumo’s players access to all of Red Tiger’s popular titles, as well as their player-friendly daily jackpots, which are available in all of its markets including the newly locally regulated Swedish one.

Gavin Hamilton, CEO of Red Tiger Gaming, said the new relationship was in line with the company’s strategy to continue entering regulated markets and expand their footprint in existing ones.

He added: “We’re thrilled to have signed up with Casumo as the new deal and license mark another important milestone in our company growth. We look forward to seeing how our games perform, particularly with the daily jackpots adding extra excitement.

“Casumo has a long track record in innovation and finding new ways to engage with players. We are excited to be partnering with them and the prospect of creating even better player experiences.”

Andreas Vickman, Project Manager at Casumo, said: “Red Tiger is renowned for the high-quality games it produces and its very innovative marketing and bonusing tools are a great addition for an operator like us.

“We are very excited to see what games are on the way and how we are able to utilise them in the coming months and beyond, as we look to capitalise on new and existing markets.”

The Casumo deal comes on the back of a period of significant growth for Red Tiger, with Lottoland and Mansion going live at the end of 2018 and the supplier acquiring new licenses in Malta and Alderney, as well as achieving ISO 27001 accreditation.