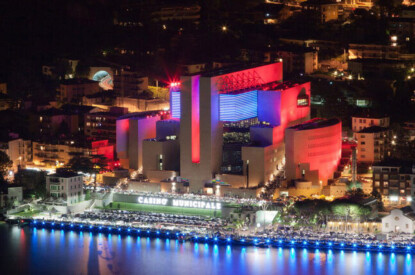 As it nears its first full year of operation having reopened on January 26, 2022, Casino Campione d’Italia is currently running at ten per cent higher than its forecasted revenue.

As reported by gioconews, Marco Ambrosini, CEO of the Casino Campione d’Italia, said: “The results have slowly consolidated and we can say that the company fully respects the provisions of the agreement. Receipts are 10 per cent higher than the agreed forecasts for the first year of activity, quantified, for 12 months, at €40m”

Daily attendance is coming in at 600 guest per day with 30 per cent of players coming from Switzerland.

Mr. Ambrosini added: “The other Ticino casinos are also benefiting and have not been harmed from the reopening. I still think that increasing the gaming offer in Ticino is more productive. We have excellent relations with neighboring casinos. We have been launching an efficiency plan for weeks that will allow us to contain disbursements. We pay our fees in francs but we also have income in francs.”

He highlighted the success of the casino’s restaurants and pinpointed live poker as one of the future product offerings the casino was looking at. “It is one of the business activities that the company will do and will debut in the coming months.”