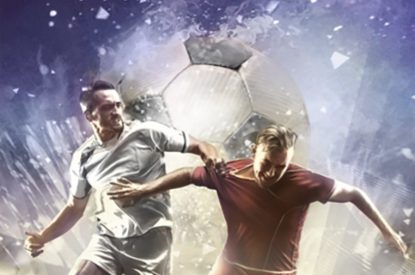 Fans win cash in ringit! by predicting what will happen next during their favourite soccer matches. Tournaments allow them to predict dozens of in-game events including which players will score goals, have shots on and off target, take corner kicks, or even be issued yellow or red cards. Leveraging the power of Betradar’s real-time data and iPro’s patented technology, ringit!’s key innovation is its real-time gameplay that enables the placing and resolving of bets every five minutes during the game.

“The real-time gameplay featured in ringit! is absolutely magical,” said Robert Melendres, iPro Founder and CEO. “ringit!’s innovative gameplay sets it apart, but the flexibility of the platform is our key to success. Launching into the real money sports betting market is a major milestone as the American legal landscape on fantasy sports remains fluid. ringit! is the future of gaming because our patented technology ensures ringit! remains 100 per cent compliant, in every territory, worldwide, all of the time.”

The dynamic ringit! platform is capable of offering social (free-to-play), fantasy and real money gambling, and the game play can be tailored to the unique legal and regulatory framework of any given jurisdiction around the world.

“We’re tremendously excited to add ringit! to the Lottomatica sports betting portfolio,” said Fabrizio Virtuani, SVP Digital and Betting, Lottomatica. “In-play betting has driven European sports book revenues to €5.9B, and established Italy as the fourth largest betting market in the world. ringit! brings significant innovation to the space, delivering the excitement of in-play sports betting every five minutes of the match. ringit! tournament structures let Lottomatica players compete amongst themselves to prove their soccer skill to win more, and win more often!”

Robert Melendres has a winning record in online gaming. Before founding iPro, he served as IGT’s Chief Legal Officer and Executive Vice President, Interactive. He also led IGT’s $500m acquisition of Double Down Interactive, which accelerated the gaming industry’s transition to online social casino gaming. He then headed that business and delivered hundreds of millions in incremental revenue for IGT. Robert earned his Juris Doctorate at Harvard University and has been granted gaming licenses in over 200 jurisdictions worldwide.