Japan – Adelson pledges ‘whatever its takes’ to operate in Japan 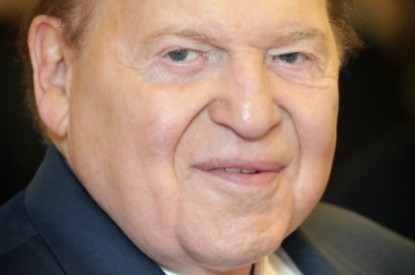 Las Vegas Sands’ boss Sheldon Adelson has said he will invest ‘whatever it takes’ to develop his blueprint of what a casino should look like in Japan, a market that is tipped to be worth $15bn a year.

“We will spend whatever it takes. We could pay all cash. We don’t have to, but we will borrow money in a typical mortgage-to-value ratio. Would I put in $10bn? Yes. Would I rather do it at seven? Yes.”

Las Vegas Sands is one of the favourites to land a license in Japan, having proved how successful it could be with its integrated resort in Singapore. Mr. Adelson confirmed that Sands was opening local offices and hiring people to represent it in Japan. He added that he wants to partner with risk takers and would consider working with Masayoshi Son, Founder of SoftBank Corp.  Whilst he so far hasn’t confirmed any interest in Japan’s future casino industry, companies such as Mitsui, Mitsubishi, Itochu, Sega Sammy Holdings and Konami, have.

Mr. Adelson repeated that whilst interested in developing casinos in Tokyo and Osaka, he wouldn’t consider smaller locations such as Okinawa because they wouldn’t lend themselves to his convention business model as well as the big cities.