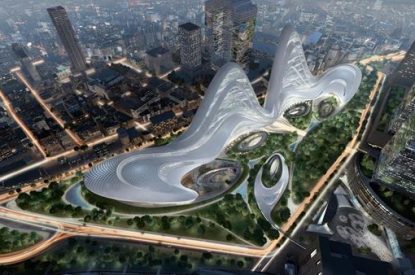 Fitch has previously pitched its GGR prediction at US$7bn per IR per year. It warned however that the limit of ten years on the licences before they have to be renewed could prove the biggest hurdle in securing finance from lenders and that the Japanese IR’s were ‘far from slam-dunks in terms of generating a decent ROI.’

Fitch said the ‘reapproval procedure imposed by the government every 10 years’ was the ‘biggest obstacle to securing bank financing’ followed by the ‘local government’s option to close operations if they are deemed not in the locality’s best interest.’

Fitch analysts Alex Bumazhny, Colin Mansfield and Roman Schorr said: “Stakeholders we talked to were confident that there would be some workarounds to these issues (e.g. local government indemnifying against a closure that is not a fault of the operator), but these issues remain the biggest obstacle at this time.”

Fitch, though has upped its GGR forecast though, as it no longer believes the cap on casino floor space will restrict revenue due to ‘greater freedom’ under the regulatory limit.

“This greater freedom will come from the considerable size of the total investments planned and the measurement methodology of the casino area, which excludes walkways and casino floor amenities (similar to Singapore),” it said. “We assume about 6,000 slots and 700 tables at each at the major resorts with win/unit/day similar to that of Marina Bay Sands (US$792 for slots and US$9,563 for tables in 2018). The IRs in Japan are far from slam-dunks in terms of generating a decent ROI (EBITDA/cost), which we think of as roughly 10 per cent. Besides the higher gaming tax, operators will have to deal with high development costs and bureaucratic red tape. We now think the proper cost range is US$10bn to US$15bn after accounting for supporting infrastructure investment and meeting the stipulated amenities such as the cultural requirements. EBITDA margins could be closer to those in Macau and Las Vegas (about 25 per cent to 30 per cent) as opposed to Singapore (about 50 per cent).”