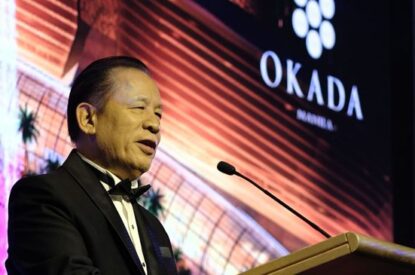 Former Universal Entertainment owner Kazuo Okada will have to pay his former company JPY 21.3m (US$193,000) in damages following a ruling by the Tokyo District Court.

Mr. Okada, who was ousted as Universal Chairman in June 2017 pending investigation, will also have to pay all litigation costs for over the two year period that the case and the investigation years of Mr. Okada’s three cases of fraudulent acts against the company.

Universal wanted compensation from Mr. Okada ‘for a part of the damage suffered by the company due to his negligence of duty as a board member of the company in connection with the three misconducts by Mr Okada.’

Universal stated: “The Tokyo District Court recognised all of the claims of the company. The Judgment acknowledges that the Fraudulent Acts were conducted under the order of Mr Okada, as well as that Mr Okada breached both his duty of care of a good manager and his fiduciary duty of loyalty as a Director of the company.”

The three acts that were investigated saw Okada arrange a loan of HK$135m from Universal subsidiary Tiger Resort Asia Limited (TRA) which operates the Okada Manila casino resort to a third party in 2015, cash a check for HK$16m from TRA, and change the business that was buying land for an integrated resort in Korea from TRA subsidiary UE Korea to his own company, Okada Holdings Korea, for his personal gain.