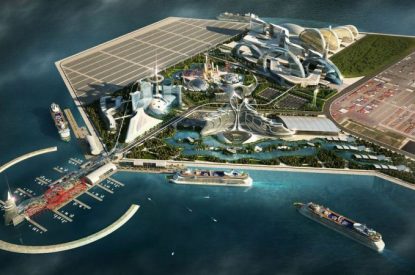 Seven casino operators will go head to head in the race to land a casino licence in the Japanese city of Osaka if it is selected by the government for one of three IR licences in the country.

Dignitaries in Osaka want to select a group to build a casino resort on Yumenoshima, an artificial island in Osaka Bay, laying out a timeline of Spring 2020 for when it will name its selected casino operator.

The seven operators who have officially registered their interest are MGM Resorts in partnership with Orix, Wynn Resorts, Genting Singapore, Melco Resorts & Entertainment and Las Vegas Sands. The other two other groups have asked for their identities to remain secret for now, however both Galaxy Entertainment Group and Caesars Entertainment companies took part in the Japan IR Expo at Intex Osaka last month.

The submission deadline for blueprints of what the projects will look like has been set for August and with viability discussions taking place up until October.

Governor of Osaka Prefecture Hirofumi Yoshimura said he wants the resort to open before the World Expo is held on Yumenoshima in 2025. The operator will have to pay $180m towards the cost of extending the Osaka Metro Chuo Line to Yumeshima.

Ichiro Matsui, Mayor of Osaka, said: “We want to build a city that can compete not just with Tokyo, but also Shanghai and Singapore.”