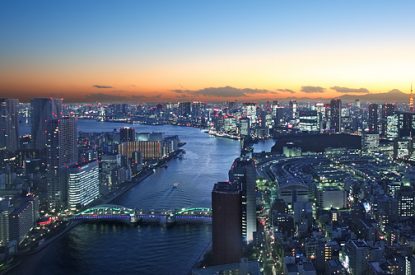 Following a spate of raids on illegal casinos, Tokyo Governor Naoki Inose has announced he wants to start the process to open a waterfront casino in Japan’s capital, saying he expects casino gaming to be legalised soon.

Speaking at the metropolitan assembly session, he said: “I expect the Diet to revise the law as soon as possible. I will consider preparing an integrated resort facility that combines restaurants, theatres and casinos to boost the number of foreign visitors to Tokyo.”

Mr. Inose described his vision of a casino as being a ‘sightseeing facility and a place for social interaction among adults.’

His predecessor, Shintaro Ishihara, also publically advocated allowing casinos in Tokyo soon after he was elected governor for the first time in 1999. However, his vision of bringing a casino to the Odaiba area remained unfulfilled as he couldn’t convince legislators to overhaul laws prohibiting gambling in the Penal Code.

Pro-casino Japanese legislators have been trying to get legislation approved for more than a decade. Japan has been forced to watch Macau and Singapore sprint away with the gaming taxation and tourism benefits from allowing casinos to operate.

The only form of legalised gambling in Japan remains pachinko, which generates over US$200bn in revenue each year. Analysts believe that a casino in Tokyo could prove more profitable than those in Singapore where Marina Bay Sands and Resorts World Sentosa earn more money than the entire Las Vegas strip. They believe that Tokyo’s proximity to Shanghai and Beijing, the existing popularity of pachinko as well as its own wealthy population all point to a Tokyo casino having the potential to eclipse Singapore’s Integrated Resorts.

The Tokyo Governor’s public comments follow efforts from a small Japanese party who submitted a bill legalising casinos to parliament just a few weeks ago. The move by the Japan Restoration Party (JRP) could obfuscate attempts by the cross-party lobby, which had set its timetable to avoid making casinos a focal point ahead of upper house elections in July.

The party, which has 16 lawmakers in its 140-member lobby, wants to take the initiative on the casino bill in the run-up to the election.

Optimism was buoyed in December when the Liberal Democratic Party returned to power with Prime Minister Shinzo Abe a known advocator of casino resorts as economic drivers.

The latest bout of optimism has followed the closure of three illegal casinos in quick succession in recent weeks.

Aichi Prefectural Police closed a casino in Nagoya’s Naka Ward at the start of June whilst May saw similar busts from Tokyo Metropolitan Police who raided an Internet casino in Shibuya Ward and a casino masquerading as cafe in Tachikawa City. The latter of these is believed to have made 54m yen in revenue over the last 18 months. It advertised its service by handing out tissue packs in front of the station displaying the words ‘Las Vegas excitement in Japan.’