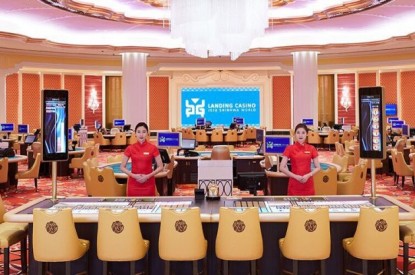 Landing International has smashed its five weeks of operating the casino at its Korean resort Jeju Shinhwa World with GGR reaching HK$650m (US$82.8m).

Rolling chip volume came in at HK$16.2bn for the quarter although the casino’s figures were only relevant from its opening on February 25 to the end of the financial quarter on March 31, covering just short of a five week period. Non-gaming revenue for the three months came in at HK$320m. Perhaps even more pleasing was the fact that the resort has attracted over 100,000 domestic and international visitors mainly from mainland China, Hong Kong, Taiwan, South Korea and Japan.

“From the beginning of 2018 and following the opening of the first phase of Jeju Shinhwa World, the group has taken steps to ramp up its sales and marketing efforts. Among others, the group has entered into cooperation agreements with various travel agencies and online travel agencies in various key markets including mainland China, Hong Kong, Macau and Taiwan regions, Japan and Southeast Asia to leverage on their respective network to promote and market the resort to their customers.”