Lawrence Ho exclusive: the past, present and future of Macau 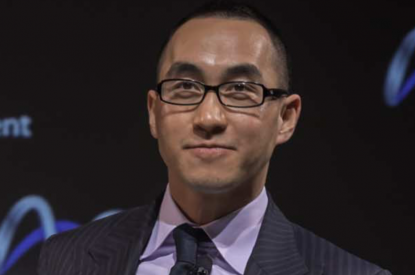 G3 discusses the past, present and future of Macau with Lawrence Ho, the Chairman and Chief Executive Officer of Melco Resorts & Entertainment, a developer, owner, and operator of integrated resort facilities in Asia and Europe.

The company currently operates Altira Macau, Taipa, Macau and City of Dreams, in Cotai, Macau. Its business also includes the Mocha Clubs in Macau and majority ownership and operation of Studio City in Cotai, Macau.

To understand the governance of Macau’s gaming industry, could you give your view of its history to present day?

Lawrence Ho: Macau, before its handover back to China in 1999, was a Portuguese colony for over 100 years. During this time, Portugal allowed Macau to operate a gaming monopoly. Macau, as a city and as an economy, is tiny.

Even now with the expansion of land supply through reclamation, it is only 30km.sq in radius. To put that into perspective, Disney World in Orlando is actually three times bigger.

Before the introduction of its gaming concession, Macau was a quiet sleepy fisherman village, but having the ability to offer casino gambling started a brand-new industry for Macau – tourism and entertainment.

And as technology improved in terms of transportation, Hong Kong became the dominant market for Macau back in the 70s, 80s and 90s. Of course, when China started reforming its economy, the subsequent handover meant that China is by far Macau’s biggest market to the present day.

In regards the liberalisation of the Macau market, was this a deliberate push to accelerate the growth of the industry?

Lawrence Ho: Absolutely. My father won the right to operate Macau’s gaming monopoly in 1961, beating the incumbent to uphold the monopoly until 2002. Following the handover back to China in 1999, the new Chief Executive of Macau, effectively the new governor, Edmund Ho, rightly decided that in order to take Macau to the next stage, gaming needed to be the driver.

He considered that my father and his company, Sociedade de Jogos de Macau (SJM), had successfully operated the monopoly for 40 years, but that there needed to be competition. I believe the reference point was the Las Vegas market in terms of free market competition and the decision was taken to open a tender for three concessionaires, which eventually became six.

Close to 20 companies from around the world tendered their bids, with the competition ultimately selecting three companies, one was my father’s company SJM, Wynn Resorts from Las Vegas was the second, and the third was a joint venture between a local company that didn’t have any casino gaming experience, called Galaxy, which partnered with Las Vegas Sands (LVS).

Subsequent to attaining the licences at the end of 2002, Galaxy and LVS concluded that they couldn’t work together. The cultures of both companies clashed; the values both held were too different and so the Macau government used a legal loophole to split their licence in half.

Following the split, SJM and Wynn, the remaining concessionaires, went to the government arguing that they should also be allowed to split their licences.

The outcome was that both SJM and Wynn were allowed to create sub-concessions, though to be clear, sub-concessions are exactly the same as real concessions, there’s no operational difference. SJM sold its half to MGM and Wynn sold its sub- concession to a joint venture between Melco and Crown Resorts. James Packer and I bought the Wynn license for US$900m.

I’d say that I’m one of the biggest supporters for the opening up of the Macau market because again, without competition there wouldn’t be any motivation to continue to invest in Macau. Since the liberalisation of the market, around US$40bn of hard capital has been injected into the market in terms of all the new Integrated Resorts.

It’s thanks to the handover that the dingy old Chinatown-esque casinos have been replaced. What we’ve built between us at Melco, LVS, MGM and Wynn are some of the most expensive and impressive Integrated Resorts anywhere in the world with the best five-star hotels, the most Michelin starred restaurants, etc. All of this began with Edmund Ho’s vision to transform Macau.

The funding to building Melco’s resorts was raised directly from the public markets. When I was taking part in roadshows to raise capital in London and the US, back in 2004, I remember people asking, ‘so what’s Macau?’ I said, well if you look at the map, the little dot next to Hong Kong, that’s Macau. It seems odd to consider that today, when everybody knows about Macau.

Macau has gone from a market pre- liberalisation of around US$2bn a year to its peak in 2013 of US45bn. In total, around 80 per cent of Macau’s government spending each year comes directly from casino gaming tax. I think it’s fair to say, therefore, that Edmund Ho’s vision has been transformational.

In your opinion, have the regulatory changes imposed from 2013 onwards increased the rate of diversification in the Macau market?

Lawrence Ho: I think regulation is definitely the biggest factor, not just in the sense of the Macau regulatory environment, but more so in China. Given that 90 per cent of our revenue comes from China, the country’s tightening of regulations in terms of capital outflow has certainly changed the market. I’d say that Macau has done an outstanding job.

The casino industry is second only to banking as the most regulated industry in the world and Macau takes this regulation very seriously.

Since 2013, there’s been a significant shift in the dynamics of the market. For the first 10 years or so of the development post- liberalisation, the market was driven by the VIP sector. At one point, the VIP market represented over 75 per cent of the entire market, with 25 per cent mass and slots.

Macau has mirrored the growing middle-class in China and Asia, which are the fastest growing economies in the world.

As regards the premium mass customer and the growing middle class in China – how would you describe the evolution of your projects in Macau?

Lawrence Ho: At the time that Melco Resorts opened our first hotel casino, Altira, in 2007, we were already building City of Dreams, our flagship premium high-end integrated resort in Cotai.

Back in 2006, when we concluded our IPO on the NASDAQ, at the time the biggest Asian IPO in history, I was telling people then that the future of Macau was focused on mass – and that’s why we continue to invest in this segment. Altira is very much a VIP- centric property, but we had already been planning for City of Dreams to focus squarely on mass.

And so back then, and I must admit timing is everything, my prediction was probably eight years too early as regards the evolution of Macau into a mass market destination.

We certainly left money on the table because we focused on mass so early, but having said that, I think it’s panned out exactly as we predicted and that’s why, with City of Dreams and Studio City, which is a mid-mass market focused property, we planned and built for the future.

How have you accommodated the expectations of a changing and evolving customer across your destinations in Macau?

Lawrence Ho: I think our various properties are positioned differently. Yes, it’s an ultra-competitive market, but at the same time, all the concessionaires experience overlap.

Do you see the market shifting more towards a broader entertainment offering or will Macau’s economy remain heavily dependent on gaming?

Lawrence Ho: I guess what Melco has always done very well is focus on entertainment. I’ve been saying for many years that casino gaming, whether it’s baccarat or blackjack, is a homogeneous product.

You go to every single casino and it’s the same thing, each casino offers the same product, so what we’re really trying to do is attract customers with non-gaming elements, and for Melco that’s always been entertainment.

At Melco, we want to make sure that we offer the most four or five-star hotels, the best restaurants, but in addition to that, we have the best entertainment too.

So whether it’s the House of Dancing Water show that we spent US$300m creating or the attractions at Studio City, in which we have a Ferris wheel in the middle of the building, or Asia’s largest VR park, a Batman 4D simulator ride in conjunction with Warner Bros. – in addition to concerts and sporting events.

So, while non-gaming barely contributes to the bottom line, it’s the essential ingredient that differentiates us from our competitors. And from a competitive point of view, I’m really happy that the market has matured, because now we compete on product and segment, rather than on price.

And that’s important because it means that margins aren’t being driven down as we’ve witnessed in places such as Atlantic City, where price wars effectively bankrupted half the operators in that city.

How important is the publication of the Macau Tourism Industry Development Master Plan? And what does it mean for Melco and for Macau as a whole moving forward?

At Melco, we see our role in the community as more than just a casino or integrated resort operator. We want our plans to mirror those of the city, because Macau’s success means success for us as well.

So, it’s great to see something like the Macau Tourism Industry Development Master Plan, as we’ve waiting for a very long time for this kind of initiative. I could talk endlessly about all the infrastructure projects that were delayed for years and years, but thankfully it’s finally happening.

How do you see the new bridge from Hong Kong affecting Macau? And will this help the drive for more diverse products that you’re so clearly striving for?

Lawrence Ho: Absolutely, the Hong Kong Zhuhai Macau Bridge, which links up the entire greater bay area, is a game-changer for Macau. Part of the reason why MICE hasn’t taken off in Macau is due to convenience.

The reason why exhibition-goers prefer Las Vegas is because people can fly there direct. They can attend a MICE event, stay the four days from Monday to Thursday, and be home for the weekend. But for Macau, people think, wait – I have to fly into Hong Kong, which is a different city, a different jurisdiction and then take a ferry over to Macau? It just isn’t convenient.

No one wants that journey. However, now that the Hong Kong Zhuhai Macau Bridge has been built, from Hong Kong airport to Macau is only a 45 minutes’ drive. And so yes, I absolutely think it’s a major game-changer going forward.

Given the fact that gambling isn’t legal in China, do you think Macau is seen as a success or a necessary evil?

Lawrence Ho: Well, I would say it’s been a tremendous success. I think if you look at how successful the city is by GDP, it is a very easy measurement, but if you also look at per capita GDP, the livelihoods of the residents and citizens of Macau has totally been transformed. It is a transformation that has happened right across China.

No other country in the last 40 years has taken more people out of poverty than China. On that metric alone, Macau has been a massive success and when you look at where the city was and the way people were making a living back then versus now, it’s been very, very successful.