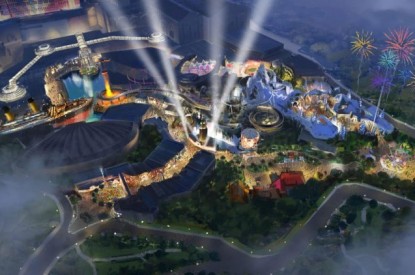 Malaysian casino operator Genting Berhad is suing Walt Disney and Twenty-First Century Fox for US$1bn for the cancellation of a Memorandum of Agreement for the ‘Fox World’ theme park that is currently being built.

The contract was signed in 2013, long before Disney’s proposed buy-out of Fox had surfaced. That deal is due to be completed sometime next year.

Genting claims that Fox had wanted $46.2m in accelerated payments when terminating the contract that would have allowed Genting to use Fox intellectual property at a new theme park at its Resorts World Genting complex in Malaysia. Genting has already invested over $750m in Fox World.

In its law suit filed in a court in Los Angeles, Genting said: “Genting Malaysia denies that FOX had grounds to terminate the MOA, denies any liability resulting therefrom, and has pursued cause of action against FOX for breach of contract, and breach of the implied covenant of good faith and fair dealing, among others. Fox Entertainment Group had no right to terminate the Agreement, Fox and Disney are liable for what will exceed a billion dollars in damages attributable to the bad-faith behaviour of both Fox and Disney.”

Genting said Disney was guilty of ‘inducing breach of contract and for interference with contract.’

It claimed that Fox had been delaying the project for years as it looked to change the terms of the agreement, which did not give it a share of gate sales.

The complaint said Disney was ‘calling the shots’ and wanted the contract annulled because its ‘family-friendly’ strategy couldn’t be associated with casino gaming.

“Disney wanted no association with a gaming company like GENM due to Disney’s ‘family-friendly’ brand strategy,” the suit argued.

Genting said Fox issued a default notice with the aim of terminating the contract, in behaviour ‘entirely consistent with Disney wanting to kill the deal’ to ‘protect Disney’s existing parks from increased competition and ‘protect’ its ‘family-friendly’ brand.’

“There is little doubt which group’s executives will be in charge after the merger and what their view of Fox World would be given their desire to protect Disney’s theme parks from competition in the increasingly competitive Asian market,” the suit claimed.