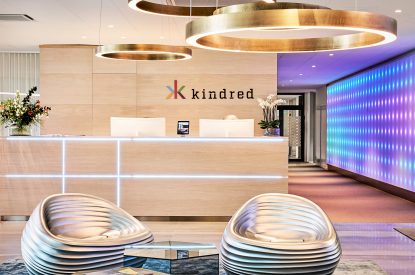 Kindred’s CEO, Henrik Tjärnström, has praised the ‘positive momentum’ from 2020 across markets and product segments in the company’s interim report for the first quarter of 2021.

The report shows that gross winnings revenue amounted to £352.6m, an increase of 41 per cent, and underlying EBITDA was £98m.

The group has said that due to has significant cash balances in foreign currencies and substantial foreign currency rate movements, the impact was unusually large during the quarter.

Mr. Tjärnström commented: “The positive momentum from 2020 has continued into 2021 across our markets and product segments. We ended 2020 with a new all-time high in active customers and I’m pleased to see this trajectory continuing into the first quarter of 2021 with a new active customer record of over 1.8 million.

“It’s particularly encouraging as we look forward to an exciting year of sport ahead. Markets across Europe have shown continued growth during the quarter thanks to sustained high customer activity, resulting in gross winnings revenue increasing 41 per cent (39 per cent in constant currency) to £352.6m from the same period last year.

“Our continued focus on cost control and scalability has in turn contributed to underlying EBITDA improving by 131 per cent from the first quarter of 2020 to £98.0 million, including unrealised foreign currency losses of £8.0 million.

“Our focus on sustainable growth in locally regulated markets is proving effective, with Kindred gaining market share in many markets, including the UK despite it being a mature and highly competitive market.

“In the US, our long-term investments are continuing to pay off, with Gross winnings revenue increasing 185 per cent compared to the same period last year. The second quarter of 2021 has started off well with the average daily gross winnings revenue for the first 25 days in April being 52 per cent (55 per cent in constant currency) higher than the full second quarter of 2020.”