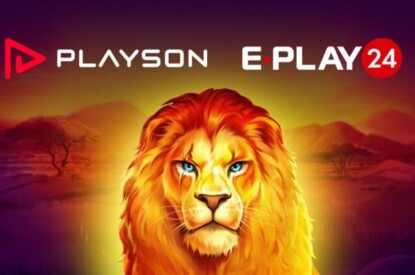 Playson, the fast-growing digital entertainment supplier, has boosted the reach of its slots portfolio in Italy after going live with the content operator, E-Play24.

The new partnership with the Italian licensee will see Playson’s slots become more widely available within the regulated market, with E-Play24 operator partners now able to launch its range of quality titles.

With the help of E-Play24 and its network, these games alongside Playson’s other hit titles will experience huge growth within the Italian iGaming sector.

E-Play24, founded in 2009,  has grown to become a major provider of casino content to Italian-facing operators. Playson already enjoys a strong foothold within the country and anticipates this latest integration will further improve its standing in such a key market.

Tamas Kusztos, CCO at Playson, said: “With our games now going live with E-Play24, we expect to be able to tap into the Italian market and uncover a new demographic of players to experience Playson’s fantastic titles.

“We are delighted to work with such a prestigious game operator which has proven itself to be one of the best in the industry. We look forward to a long and successful partnership with the company and further establish ourselves as a major provider within Italy.”

Alessandra Rosati, Senior Account Manager at Playson, added: “Our top five games in Italy already have outstanding numbers to fall back on and this collaboration will further boost our standing in the region.

“It isn’t just these five games that are performing really well. We have an extensive library of slots that we believe will become far more popular thanks to E-Play24’s commitment and hard work to delivering content to a wide network of operators.”