Mexico – A third of all Mexican slot machines are uncertified 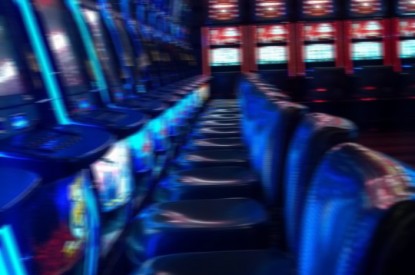 Senator José Maria Martinez, President of the Mexican Senate’s Board of Directors, has claimed that due to lack of government oversight, more than a third of the 100,000 machines installed in the country’s casinos are uncertified or have been tampered with meaning that players have been the victims of fraud.

As a result the Senator said that it was essential to expedite reform of the 1947 Raffles and Gambling Act.

“The legal vacuums that persist make it difficult to regulate this activity, while the number of bookmakers, games and raffles continues to grow with electronic scrap or uncertified machines,” he said.

The Senator added that at least four attempts have been made to change Mexico’s gaming laws in order to strengthen government supervision over the industry. The Senator said that according to the Gaming Board which is part of the Interior Ministry (SEGOB) that there were currently 434 casinos in operation out of a total of 789 licences which had been granted so far. Over half of those casinos in operation were operating on the margins of the law via legal protection granted to them by local courts and as a result had not been properly certified he said. The Senator also pointed out that the underlying problem was that the 1947 act had been amended in 2004 which had allowed a number of operators to expand.

For some years a number of attempts have been made to repeal the 1947 act. The push for new gaming legislation has traditionally been motivated by a desire to improve the tourism industry; it was believed that Mexico could offer Las Vegas-style gaming in five-star hotels located in tourist hotspots. Now the impetus comes out of concern over the fast expansion of gaming nationwide, and controversy gathering around SEGOB’s issuing of licenses. Lawmakers also have been keen to put an end to the so-called umbrella licenses whereby operators have been able to operate a number of slot parlors and sports betting shops under a single license.

Gaming reform is now under consideration in the Mexican Senate. Under new rules now being considered slot parlours and sports betting shops will no longer be able to rely on stays of closure and protection from local courts if they are found to be in contravention of their licenses. Instead under present proposals, operators currently operating a license under the terms of the old 1947 Raffles and Gambling Act will be allowed to operate until their licenses expire but will then have to reapply for a new license and meet the requirements stated by the new act.