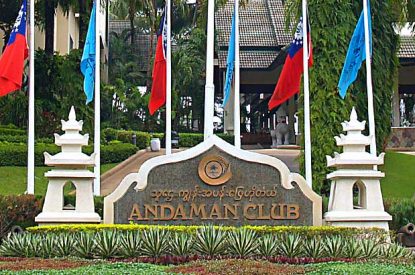 Two casinos in Myanmar could be forced to revert to token play rather than real money as the new government looks to better interpret and enforce regulation.

The government believes that both casinos have breached the 1899 Burma Gambling Act and is monitoring activity at Victoria Entertainment Resort on Treasure and the Grand Andaman Resort which is situated on the Thahtay Island. Regional Chief Minister DawLaeLae Maw saying she believed the casinos only had permission to provide gamblers with token coins.

Casino gaming is actually illegal on, according to the 1899 Burma Gambling Act. The two casinos were introduced as pilot schemes by the then military government to boost tourism in the 1990s. They have targeted players from Thailand, which in recent years has seen more than 200 Thais a day visit the casinos.

The Chief Minister has stressed that she does not want to close the two casinos or take them to court but wants to make sure they adhere to the regulations laid out in the gambling act. She said government was in discussion with both operators to thrash out a solution.

U KyawLwin, the owner of Grand Andaman Resort said “The Tanintharyi Region chief minister told us that if our operations were not in line with the 1899 Gambling Act, we should try to follow the rules and laws and help promote tourism in Kawthoungtownship, because other businesses in the area are not doing well. This pilot project to boost tourism over the past 20 years was started by the government itself. When we bought the resort in 2015, we were given a 50-year licence to operate.”