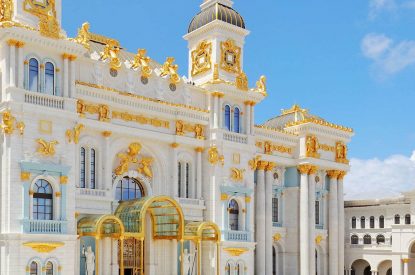 Imperial Pacific International, the operator behind the Imperial Palace resort in Saipan, is now likely to lose its operating licence after admitting to the Commonwealth Casino Commission that it violated five orders of the Casino Control Act.

Perpetual controversy has seemed to surround the Saipan casino even in days of its unprecedented success however its decision to refuse to pay its US$3.1m annual regulatory fee in 2020 due to the effects of the coronavirus pandemic saw the noose tighten around its neck. Added to this, , it has failed to comply with an order to pay money owed to vendors, has breached minimum capital requirements, opted not to pay the cost of its annual US$15.5m casino license in 2020, and was twice unable to pay US$20m owed to the community benefit fund in 2018 and 2019.

Along with fines and penalties, believed to have reached the US$808 mark, lawyers for IPI and the CCC now expect the licence to at least be suspended.

Mike Ernst, the Assistant Attorney General representing CCC Executive Chairman Andrew Yeom, revealed he wants a ‘license suspension of indeterminate amount until they fully comply with the orders that they have violated.’

Imperial had asked for regulatory payments to be postponed due to the closures and effects on travel caused by the coronavirus pandemic.

Governor Ralph Torres said back then: “I assume by ‘abatement for the year of 2020’ IPI seeks to be absolved from paying the required fee entirely. This request cannot be dealt with administratively as the fee has been set by law. The law that provided IPI’s obligation specifically as the Casino License Fee was unconditional.Further, the Casino Regulatory Fee is created by Commonwealth Law. The Force Majeure clause of the License Agreement cannot supersede an explicit statutory command of the Legislature. This is also true with regards to payment of the Casino License fee. This letter serves as the notice of intent to suspend or revoke the license required by Section 31 (of the Casino License Agreement). Pursuant to Section 31, IPI now is entitled to an ‘adequate and reasonable time to cure’ the breach.”

The negative headlines for Imperial have mounted since Bloomberg questioned the impressive figures generated by the casino’s gaming tables and highlighted some unusual payments to relatives of legislators. Imperial Pacific said back then that it ‘repudiates all allegations of wrongdoing’ published in the article by Bloomberg in a Feb. 15, 2018. It has also been accused of employing illegal workers’ in poor conditions, and had untold problems in getting Imperial Palace resort up and running.