Nuvei: how sports betting can monetise the esports audience 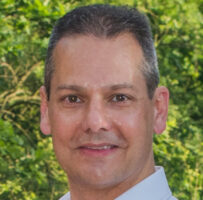 New research commissioned by Nuvei highlights the need for the esports industry to diversify its revenue streams beyond sponsorship in 2023. Warren Tristram – SVP Sales, Head of Gaming, Lottery and Esport, assesses whether embracing sports betting is a solution to profitability.

We’re entering a critical period in the growth of the esports industry. That’s according to new research commissioned by Nuvei, in which over a hundred businesses from across the entire esports landscape were surveyed on their preparations and expectations for the next 12 months.

We asked teams, tournament organisers, and games publishers to tell us about their hopes and concerns for the next 12 months, including how they planned to grow their revenues. Several key trends emerged.

Sponsorships alone are not enough

The overriding issue the industry is facing today is how to monetise its audience. Esports teams and brands have successfully grown significant followings as the sport has become more popular, but the cost of fan share and success, notably player salaries, is spiralling in a way that cannot be met through winning more prize pools alone.

So it is of little surprise that monetising its growing audiences is top of mind for the esports industry. But this is easier said than done. Almost half (48 per cent) of esports companies already sell tickets or merchandise.

There is little to no appetite to charge fans to view content the esports content they have become accustomed to accessing for free, for fear of losing much of the hard-won audience. So, another solution must be found.

Therefore, monetisation is the most cited issue for esports businesses currently; two thirds (65 per cent) of the industry say the difficulty in monetising the audience is a top concern when considering the future of the industry.

A changing approach to sports betting

At the same time as the esports industry is finding its way understanding new revenue streams, it may also be about to redefine its relationship with sports betting.

The majority of esports businesses (53 per cent) already believe that sports betting is important to the future of the industry.

That’s compared to less than a quarter (23 per cent) that don’t think sports betting has a role to play in its future.

Attitudes to sports betting in esports also appear to be changing; today only 30 per cent of the industry is concerned about sports betting’s impact on esports, far fewer (43 per cent) than those that are not concerned at all.

This is a shift away from a previously held belief that the age of the core audience, lack of global governing bodies, and susceptibility to match fixing made esports and sports betting a bad fit.

There are still blockers to sports betting becoming ubiquitous across esports. Currently, 74 per cent of esports businesses are involved in games or leagues that restrict sports betting sponsorship (the highest percentage of all verticals where sponsorship is restricted).

Two thirds (67 per cent) of businesses believe these restrictions from leagues and games publishers is one of the top three blockers to esports betting growth. Over half (53 per cent) of the industry say this is the single main blocker to growth, ahead of regulations (12 per cent), maintaining the integrity of esports (10 per cent), and the age of the esports audience (six per cent).

The role of sports betting in monetising esports

Today, only 15 per cent of esports businesses say that sports betting currently plays any role in their revenues. So, there is huge headroom for growth if the esports industry were to embrace sports betting more fully.

Not only would this open the door to a new pool of sponsorships options, but other revenue avenues such as affiliate marketing/revenue share. New sports betting related content could also provide a new revenue stream.

Successful monetisation will also include optimising payments to tackle many of the issues the industry is seeing today. This includes better management of international payments, finding a better balance between convenience and security in their checkouts, and adding more payment methods to meet customers’ expectations.

By overhauling the payments process and embracing sports betting, the future will be even brighter for esports.

Bio: Warren Tristram is Nuvei’s SVP of Sales, Head of Gaming, Lottery and eSports. Warren has been actively involved in the payment processing helping to grow the nascent online gaming industry in the US. Warren has over 19 years’ industry experience so understands the challenges and opportunities that gaming provides.

During his career Warren has held senior roles with several well-respected vendors and operators, is an active speaker contributing to industry magazine articles and events, and also holds a Masters in the Management of International Payments Ecosystem.