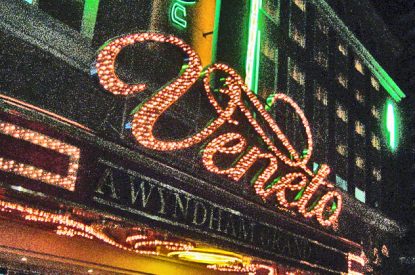 According to the latest statistics released by the Panamanian Gaming Control Board (JCJ) gaming in the first three months of this year is up to US$583.2m, a US$17.3m increase when compared to the same period in 2013.

The JCJ’s report states that gaming in slot machine parlours is on the rise while betting in bingo halls and fully fledged casinos are becoming slightly less popular. According to industry insiders, the slowdown is down to a wider number of games which are now on offer via the National Lottery which reported sales of US$152.7m between January and March –an increase of 12.2 per cent.

In the first three months of this year alone a total of US$735 was bet in Panama. The state gained $39m in gaming tax revenue up US$13m compared to the same period last year. In addition the gaming control board collected a further US$11m in licensing fees for new operators now entering the Panamanian market. Panama now comes in third place after Nicaragua and Costa Rica in Central America in terms of the country with the most casinos in the region.

However, despite the rise in the last three months there could be evidence to suggest that this is slowing down slightly as revenues stood at 3 percent lower than the increases the Panamanian gaming industry has experienced over the last four years. All the same Panama remains one of the bright spots in the region.

Before 1998 there were only a small handful of casinos in Panama all of which were state run. In 1998 the government passed a wide sweeping gaming law which permitted casinos as long as they were part of five star hotel with a minimum of 300 rooms. Since then the casino industry in Panama has grown rapidly and is now home to one of the most developed gaming industries in the entire region.
At present there are a total of 66 slot machines parlours, 28 of them permitted to operate type III slot machines as well 18 fully fledged casinos and 19 sports betting shops. In addition the JCJ has given granted licences for a further three new casinos which are scheduled to go into operation later this year.