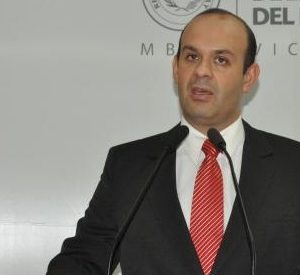 Javier Balbuena the President of Paraguay’s National Commission on Gaming (CONAJZAR) has defended the new gaming bill put forward in June to the Executive branch, saying it would more equally distribute revenues generated from gaming.

In a meeting convened by the President of Audit and Control over State Financial Administration in the Senate, Emilia Alfaro, Balbuena emphasised the socio-economic importance of an autonomous body which would provide security and safeguard players’ rights in addition to protecting the interests of the State.

During the meeting, which was also attended by representatives of the Committee on Legislation, Justice and Labour and members of the Committee of Finance and Budget, Balbuena stressed the need for an independent regulatory body saying that its status “must of necessity be changed through a new law.”

Since 2014 CONAJZAR has been pushing for a bill that would make it an entirely autonomous body. One of the primary purposes of the bill is to give CONAJZAR its own legal status, its own budget and full autonomy so that it will no longer be part of the Ministry of Finance. In April 2015, CONAJZAR announced that the bill had already obtained the approval of the Executive branch.

Since then the bill has been making progress albeit slowly. In July this year it was confirmed that the Legal Department for the Presidency of the Republic of Paraguay, had submitted to Congress a draft law on “gambling and its regulation.” A new law is, according to the draft, “imperative” and reflects the need for a new set of rules which will lead to stricter control over gaming by the state. It would also give the state the right either by itself or concession via a third party, to operate gambling establishments and underlines the importance of private investment for the promotion of tourism and entertainment.

The new law also emphasises the importance of the emergence of new technologies when it comes to the gambling industry as well as the need for the certification of gaming machines and equipment. In addition it calls for stricter control over the implementation of fees which would rely on a much more accurate knowledge of income generated by the industry. At the same time the new law also proposes a number of player protection measures and a clear government policy when it comes to gambling prevention. In order to achieve this, the new law needs to provide for a much larger gaming control board. This is because the Paraguayan Gaming Commission (CONAJZAR) does not “have its own budget” and lacks personnel according to the new act.